Ancient Water Wells around the UK 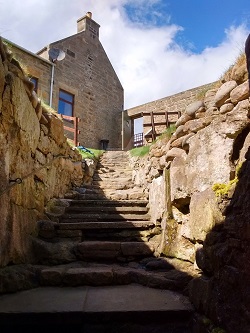 The UK is dotted with ancient water wells, some natural landmarks and others of myth and legend. The healing properties of fresh water wells have always had a place at the heart of British folklore. Today, many of the UK’s historic wells have a spot on walking guides and maps. The benefits of water from these wells is unknown, unlike our water softening products, but a curiosity we enjoy delving into.

The name of this well just outside Inverness is derived from “clootie”, a word from Celtic folklore. It refers to strips of cloth, hung from the branches of trees at the well site. The story goes that a spirit with healing powers inhabits Clootie Well. This power can be unlocked if you dip a piece of cloth in the well and hang it from a nearby tree.

It’s also said that anyone who unties a piece of hanging cloth will suffer the ailments of the person who put it there. The well and its surroundings are often described as being eerie, and definitely worth a visit if you’re near Inverness.

A more typical depiction of an ancient water well is St Mary’s Well in Bovey Tracey, Devon. The well is of religious origin and set into the front wall of the churchyard of St Peter, St Paul & St Thomas’ Church – formerly St Mary’s – in the village. The landmark is a traditional stone-built well, crafted from granite and shaped like a basin. It was regularly used for baptisms centuries ago.

Today, water doesn’t flow at the well, but many visitors stop to pray during a walk or before taking Sunday service at the church.

Purton Stoke in Wiltshire is home to Salts Hole, which was a prominent ‘healing’ well-turned-spa in the 19th-century. The well was originally a spring and its saline water was consumed as medicine by locals. In the mid-19th century, the landowner built a picturesque pump room which housed the spring and turned it into an accessible well. You can still visit and drink from the well in the aged octagonal building.

During the search for fresh water for the village of Burghead in the early 19th-century, the Burghead Promontory Fort was excavated after rumours of a ‘lost’ well surfaced. It was then that the Burghead Well was uncovered. The entrance is made up of 20 stone steps that lead into a vaulted chamber with the well at its centre.

Some believe the well is an ancient Roman bathhouse, while others think it was used for Pagan worship and sacrifice. You can visit the site, but the key to enter must be specially obtained from Historic Environment Scotland.

There are more than 100,000 wells in the UK. You can find your nearest one using the British Geological Survey’s interactive map. You may also wish to explore natural hot springs around the UK.