The most innovative water solutions for the Middle East 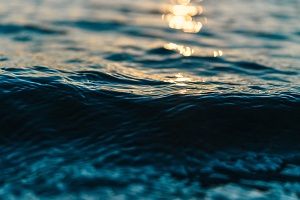 The need for quality water systems is not restricted to water purification – they are also needed to help ordinary people obtain clean drinking water. Despite the inhospitable conditions, many countries in the Middle East have historically been able to secure abundant water supplies.

Iran is one such example. In a recent post, we covered how the ancient Persians devised an outstanding and innovative water system, one that is still in use to this day.

Unfortunately, the problem of water scarcity is currently severe. From Israel to Saudi Arabia, scientists and researchers are taking stock, and trying to figure out a solution to the challenge.

The Jerusalem Centre for Public Affairs has written a report on the problems of water scarcity and how this could incite a conflict at some point in the future:

“The problem of water scarcity is a growing worldwide phenomenon. Net renewable water resources per capita have declined dramatically over a single generation, and in little more than thirty years from now will reach dangerously low levels. By the year 2025 the average net water resources in the Middle East are expected to be less than 700 cubic meters per person per year, half of what they are today.”

Those looking to solve the water supply problem in the Middle East might gain inspiration from other regions. India, for example, has gone to great lengths to secure better water supplies for its citizens. Several cost-effective methods to filtrate water have been pioneered as a result.

The Gulf States have been working on several ideas of their own. Established in Dubai some 20 years ago, Culligan has worked on purifying water for all usage, from drinking fountains to swimming pools. Dubai’s oil wealth means that the expense has not curtailed their ambitions, or their charity. Water supplies have been extended into less affluent states like Yemen, where conflict has made clean water supplies scarce.

It isn’t the first time war has put the water supply under threat. The ongoing Israeli-Palestinian feud has led to several problems since 1948, water supply not least among them.

Since the Oslo agreements made in 1993 there has been a more equitable distribution of water in the region, but this will be difficult to maintain should relations further deteriorate.

As reported in Kanat:

“There is a serious problem of water management that is occurring with the Jordan River to the Mediterranean Sea. As population continues to grow in Israel and Palestine, solutions need to be reached in order to supply the people of Israel with clean fresh drinking water. Some of the most promising solutions deal with water conservation and new and improved technologies dealing with desalination.”

Improving technologies, including better desalination equipment has been a goal of both Israeli and Palestinian scientists for the best part of fifteen years. Several research bodies have even joined forces from the two countries. With the general tone of animosity on both sides, this is a great way to secure peace and stability for both nations.