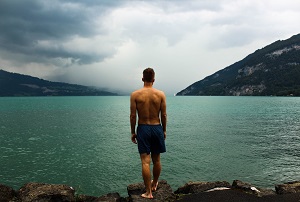 Several of history’s greatest swimmers have shown off their talents during the illustrious Olympic games. One such example is that of Michael Phelps, who wowed the world during the 2006 Beijing Olympic games. Phelps showed what a love of water, passion for swimming and true talent can achieve. In his own words: If you want to be the best, you have to do things that other people aren’t willing to do.

The best swimmers of the modern age have inspired countless numbers of young people to take up watersports. In this post, we take a look at some of the greatest swimmers in history. Such is their famous ability, it’s likely you already know a few of them.

Born in 1950, Mark Spitz is the second most awarded olympic swimmers in history. His achievements are numerous, as Topend Sports explains:

The retired freestyle swimming champion Ian Thorpe, known as Thorpedo and Thorpey, wowed swimming fans many times in the Olympic pool. At the 2001 World Aquatics Championships, he became the first man to win six gold medals in a single championship. In total, Thorpe has won eleven World Championship golds, the second-highest number of any swimmer.

Russian Aleksandr Popov has become greatly loved by swimming fans across the world. Popov is widely regarded as one of the greatest sprint freestyle swimmers of all time.

Weissmuller is a name that has gone down in the history books, and one who’s still referenced by many today. Johnny Weissmuller was born in the Austro-Hungarian Empire in 1904. His career as a swimming god came to fruition in the 1920’s, and by the end of his career he had won five Olympic gold medals and one bronze medal. He also won fifty-two US National Championships and set sixty-seven world records.

Although he bowed out of his swimming career at the 2016 Rio Olympics, Michael Phelps still seen by many as a living legend. Born in 1985, Phelps began training early, and by his teenage years was winning medals. In 2008 he bagged eight gold medals and also took the record for the most first-place finishes at any single Olympic Games. Aside from his Olympic achievements, Phelps is the long course world record holder in the 100m butterfly, 200m butterfly and 400m individual medley. He is also the former long course world record holder in the 200m freestyle and 200m individual medley.