Is there water on Mars? 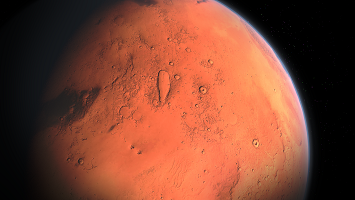 When we’re not working hard on better water softeners, we sometimes address pressing matters being raised much further afield – out in the not-so-distant universe, that is. The question of whether there’s water on Mars is a long-standing one that has never been satisfactorily answered. Finally, new research is bringing more information to light.

The first spacecraft to orbit another planet was the Mariner 9, which captured photographs of the surface of Mars in 1971. The photos depicted areas resembling dry river beds and canyons, which suggested that there was once water on Mars, even if that liquid had now disappeared. Further captured data suggested that water could feasibly be hidden beneath the surface of the planet.

2000: Gullies discovered on the red planet

Three decades after the initial research was released, pictures of Mars’s surface were again captured by satellite and studied. They revealed gullies considered synonymous with flowing water, but again the research showed no solid evidence to suggest that there is still water on Mars.

Space exploration takes time but eventually yields results. In 2015, NASA declared that it had found liquid water flowing on Mars in the form of hydrated minerals detected on slopes in various areas of the planet. Following the announcement, John Grunsfeld, astronaut and associate administrator of NASA’s Science Mission Directorate in Washington, declared: “This is a significant development, as it appears to confirm that water – albeit briny – is flowing today on the surface of Mars.”

Last year, NASA backtracked on their 2015 announcement, stating that while there is water on Mars in the form of polar caps and ground ice, frosts, and other hydrated minerals, previous evidence that suggested larger volumes of flowing water was misleading. Instead of water, the hydrated minerals previously spotted were found to be sand and dust.

“Water almost certainly is not responsible for this behaviour, which would require the volume of liquid to correspond to the length of slope available, producing more liquid on longer slopes,” said researchers working in conjunction with NASA.

The search for fresh water on Mars has been a long and unfruitful one. Water has still not been discovered on the Red Planet in liquid form, but it’s certainly there. However, NASA’s research into water on Mars continues with the hope that it will discover life on the planet. Michael Meyer, the lead scientist for NASA’s Mars Exploration Program, tells The Verge:

“It’s still possible that life could exist on Mars, but researchers may want to focus on other places, like under the surface.” Adding, “Mars still has water now, it just might be in fewer accessible places.”

The search for water on other planets continues.