The amazing world of British beaches 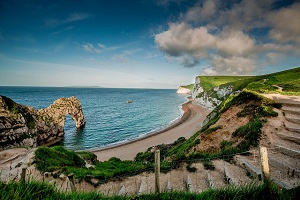 Britain is home to some of the world’s most remarkable beaches. Whether it’s the Cornish cliffs or the harsh terrain of Scotland’s beaches, the British coastline offers visitors a unique piece of natural beauty. It is no coincidence that many artists have taken such inspiration from the coast. Turner in particular is famous for rendering its unsullied beauty onto canvas.

The Daily Telegraph recently published an article featuring the 20 best beaches of the United Kingdom. The list included the sandy idyll of Watergate Bay in Newquay and the picturesque Studland Bay of Dorset.

Britain’s beaches are home to some of the most stunning and beautiful coral reefs and marine life. Be sure to keep an eye out for it when you next visit the seaside.

Writing in The Guardian, Fiona Bell made a note of the many ancient coral reefs that lie just off Britain’s coast:

“While we’re most familiar with our shallow coastal waters, offshore areas of the UK and Ireland can reach depths of over 5,000 metres. These deeper waters are home to vast, cold-water coral reefs that can be over 8,000 years old, and are as fragile and colourful as their tropical counterparts. Yet there seems to be an enduring misconception that the waters around these islands are murky, boring and largely devoid of anything exciting.”

There is a rich and diverse array of coral reef surrounding the British Isles, and it’s only a short boat ride away.

Grey seals make their homes along British coastlines, mainly in Cornwall. They offer the ideal opportunity to see young seals getting to grips with life, playing and learning from their parents. From the coastline, you can also regularly see common seals, harbour porpoise and the British otter.

British coastlines are awash with fascinating mini beasts. These include mussels, shore crabs, hermit crabs, shrimps, prawns, starfish, sand hoppers, common whelk, dog whelk and razor shells. If you have inquisitive children, these creatures offer a wonderful introduction to marine life. They’re ubiquitous along our beaches, so it won’t take you long to stumble upon some.

The British Isles boast some of the world’s most important bird colonies. 80% of the all the gannets on Earth breed around the British coast. British beaches are also a haven for herring gulls, common terns and oystercatchers. A visit to the coast will reward visitors with views of gannets diving for fish, waddling puffins and the calls of fulmars and kittiwakes.