How water is turned into art 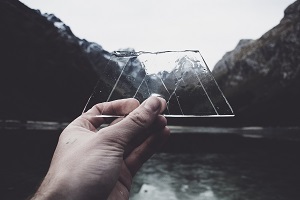 Some of the greatest sculptures ever made have been carved out of ice. For centuries this beautiful and temporary art form has produced evocative works. In this post TSW explores some of the technique that goes into this very intense craft.

As we recently noted:

“Artists have always been fascinated with water. The way it moves, the way it reflects and the atmosphere it can generate are all visually interesting.”

Instead of using water as a subject, however, ice sculptors use it as a canvas.

“You need to wear a pair of thermal gloves, with a pair of rubber ones on top. Take a small chainsaw (or a manual pruning saw) and cut away the ice outside the silhouette. Pause every few minutes and step back to check your shaping.”

Of course, simple ice sculptures can be made by a novice. When it comes to a true artistic experiment, there’s a lot more that needs to be considered. Many times artificial dyes are used to create colored ice blocks for special effects, such as those seen in Russia and Finland.

In very cold areas, such as Siberia and Alaska, large blocks of ice can be removed by heavy machinery from frozen rivers, lakes and ponds. Giant frozen bodies of water harvested for ice sculpting are named “ice quarries”.

Often, sculptures will come from a single block of ice. Occasionally, they will be built from various blocks of ice melted together, especially for more complex artistic works.

A gallon of water weighs roughly 8 pounds (3.6 kilograms), in frozen form the weight doesn’t change much. Stack a few frozen blocks of ice together and you will see very quickly that a sculpture gets extremely heavy, which is one of the other technical challenge that artists must overcome.

Although ice sculptures are sadly not given the same recognition as traditional stone sculpture, many of the same technical skills are used. This includes the act of creating shapes with a chisel and hammer to smoothing the sculpture once it’s complete.

With winter fast approaching, there are going to be another wave of sculptures to admire around the world. From the contemporary and minimal to the grand and detailed, these ephemeral artistic achievements offer a wondrous spectacle.

If you are interested in learning more about how ice sculptures are made, then check out this rundown from IceFX, who detail the process from start to finish.