How Kew Gardens harnesses the power of water 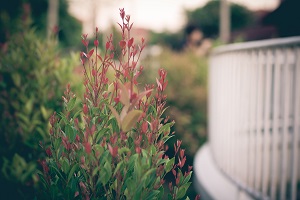 Home to the largest and most diverse botanical and mycological collections in the world, Kew Gardens remains a paradise amidst the hustle and bustle of London. Since 1841, Kew has been a major force in collecting and conserving some of the most beautiful plants and flowers. In recent years, the people at Kew have been focusing on issues like biodiversity for sustainable development. One major challenge is how to harness the power of water.

We have written about the importance of water research and innovation, as well as water filtering. In this post, we explore how Kew Gardens is keeping things green when it comes to drought, a growing problem across the globe.

Back in the drought of 2010, the UK experienced an intense heatwave. Temperatures rose high enough to necessitate a hosepipe ban. The Daily Telegraph discovered how Kew was coping and how they have perfected their techniques of keeping their giant horticultural collection thriving during major changes in the weather:

“The Kew team have refined their knowledge of capturing, preserving and recycling water over 170 years. Since the gardens were founded in 1841, various schemes have been adopted to deal with the recurring water shortage. In 1850, a steam engine pumped water from the Thames through a pipe near Brentford Ferry. A well and a lake provided later solutions, but the latter dried up during the drought of 1921.”

One of the key aspects of Kew Gardens’ success has been thinking ahead, preparing for each season of the year. The gardens feature many fragile plants that require specialist care. Although Kew is exempt from hosepipe bans, high temperatures mean lawns, plants and even trees need watering in times of extreme heat. The team have become talented at collecting and storing water for just such a crisis.

The many glass houses and other buildings offer ample opportunity for the collection of rainwater in giant water butts. The number of drainage systems mean Kew’s team can collect hundreds of gallons of water and keep on top of any potential future drought.

Another aspect to Kew’s success is the art of mulching. A method centuries old, mulching is a way of keeping plants healthy during a drought. Made from manure, shredded wood and herbaceous waste, when laid tightly around a plant it halts moisture evaporation and gives them the nutrients they need. At Kew this has saved the team an estimated £500,000 a year.

Ideas for the future

As the prospect of a world water crisis increases, there is an urgent need for innovation in water collection and storage. Kew Gardens appears to be acting as pioneer in this regard, a place to look to for inspiration in this area.