How our ancestors purified water 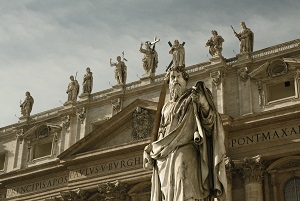 Water purification is something human beings have worked on for centuries. In striving to invent efficient ways of delivering clean water to the public, societies have met success and failure.

The very concept of purifying our water dates back to prehistoric times. As Sciencing notes:

“There is evidence of ancient water purification methods dating back to 4000 B.C. Improvements made included taste and how the water looked, though some types of bacteria could elude those methods. Between 4000 B.C. and 1000 A.D., different natural minerals were used to purify water. Distillation also began to be used.”

Historians have found that the earliest documentation of water treatment comes from Sanskrit writings and inscriptions in ancient Egyptian tombs. A variety of different water treatment methods are mentioned in the Sanskrit medical writings, such as the Sus’ruta Samhita, which dates back to about 2,000 B.C.

The aqueduct is one of the one of our ancestors’ most recognisable inventions. Aqueducts built by the ancient Romans are still visible in modern Italy, and in certain instances, still in use.

The Assyrians built the first structure that could carry water from one place to another in the 7th century BC. It was approximately 10 meters high and 300 meters long, carrying the water 80 kilometres across a valley to Nineveh. The Romans emulated this effort, producing many similar structures.

It is from the Romans that we learned the term “aqueducts” in the first place. In Latin, aqua means ‘water’, and ducere means ‘to lead’. Roman aqueducts really pushed the technological boundaries. They surpassed what had gone before with sophisticated pieces of engineering that were powered entirely by gravity, carrying water from a reservoir over large distances.

The genius of hippocrates

Hippocrates was an ancient Greek physician who conducted extensive research into purifying water. He came up with the idea of boiling water then pouring it through a sack. This became known as “Hippocrates’ sleeve”. Hippocrates understood how essential it was that water be clean and pure, and this is where the idea of Hippocrates’ sleeve emerged. As a doctor, he found that purified water helped his patients recover more quickly.

It would be several centuries before civilisation progressed further in this area. Dutch scientist Antonie Van Leeuwenhoek discovered water micro-organisms in 1676, a revelation that brought water purification efforts back into the public discourse once more.

18 years later, Robert Thom designed and built the first municipal water treatment plant in Scotland. It was a water treatment method based on slow sand filtration. A short time later, the first water pipes were installed.

Today, we are still finding ways in which to filter out the toxins from our water. Due to concerns over sustainability, there is a new drive to come up with innovative and cost effective methods.