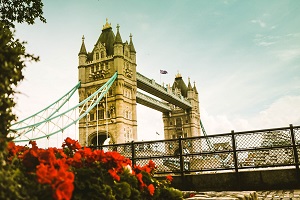 Britain has enjoyed a long and fruitful relationship with water. Fisherman have taken advantage of the sea’s bounty, and industrialists have tamed it. Over the last two centuries, British innovation has spread across the globe, and British ships sail in many different waters. It is our fascination with water that has driven enterprise and modernisation.

Recently, the Manchester Evening News reported on how Manchester scientists have invented a way that could provide fresh drinking water for the entire world:

“Scientists have created a graphene-based sieve capable of making seawater drinkable. The development by UK-based researchers brings closer the prospect of providing clean water to millions of people who struggle to gain access. The team at the University of Manchester, where colleagues won a Nobel Prize in 2010 for first extracting graphene, have managed to precisely control the sizes of pores in a graphene oxide sieve.”

British inventors and others have tried to tame the sea and make our adventures with it that little bit more safer. This is true even when it comes to domestic issues like sanitation.

Although it’s claimed that submarines were an American invention from the late 18th century, they were actually conceived in Britain over a hundred years earlier.

“There was an English submarine that was not only demonstrated in the early 1600s but gave a test-ride to King James I. The design was created in 1578 by William Bourne, a mathematician. A Dutchman called Cornelis Drebbel came to London to test it in the Thames. Between 1620 and 1624 he did many tests.”

Our favourite national beverage, tea, would not be the same without the automatic kettle, especially in this frenetic day and age. A kettle that switches off when the water reaches boiling point seems natural to most modern Britons. It wasn’t always this way. Born from the mind of Peter Hobbs, one of the founders of Russell Hobbs, this simple piece of technology changed the country. The original automatic kettles used a bimetallic strip that would bend as the water boiled, breaking a circuit and switching off the kettle.

Although mastered by the Ancient Greeks and Persians, it was Victorian Britain which invented the modern water purification system. As we wrote recently:

“It was in the city of Manchester where the first modern water purification system was built. A company called the Manchester Corporation collaborated with pioneering engineer John Bateman, who devised a six-mile chain of Longdendale Valley reservoirs near Glossop. Although it took almost 30 years to complete, by 1877 the first major reservoir chain in Europe had been created.”

One of the latest inventions from a student in Northern Ireland is a rainwater filtration system that could help millions of people. Graeme Browne, who named his invention Brightwater, collects rainwater for filtration. The key innovation is that it will indicate whether or not it is safe to drink. A very bright idea indeed, and one that could change the world.