Britain’s love for the sea 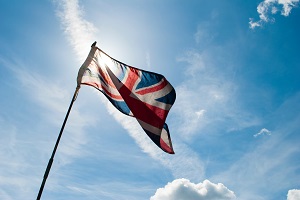 As an island nation, Britain has a long history of mastery over the sea. Although Brittania has ruled the waves over the centuries, British sea power truly came into its own during the industrial revolution. It helped Britain create and maintain the largest empire in history.

The days of empire are long over, but Britain’s respected status as a seafaring power is lives on. Our Royal and to a lesser extent Merchant navy still boasts some of the best and brightest sailors in the world. During any humanitarian crisis or natural disaster, the British navy is the first on the scene to help victims.

Britain’s status as a nation of mariners with an explorer spirit was cemented many centuries ago. Long before the Roman invasion, ancient Celts and Picts were the first to begin exploring the shores and channels surrounding our island. Fisherman as far up as Orkney and the Shetlands began to explore the surrounding areas to great success. Today, Orkney and the Shetland Islands are still home to a small community of fishermen.

The first vessels used by early Britons were rafts and dugout canoes, but there is evidence that single passenger boats known as coracles were in use following the Roman invasion.

As the years went by, British seaman and explorers perfected their methods of travel. By the Tudor era, Britain had become one of the most enviable sea faring powers. It was during the reign of Queen Elizabeth I that Britain finally reached a point where it could truly be called a nation of sailors, as the Royal Navy won famous victories and explorers were making headway in the Americas. Sir Francis Drake for example discovered Cape Horn and the tip of South America in this period.

The sea as a place of leisure

Ordinary British men and women began an enduring love affair with the sea and seaside during the Victorian age. Technological innovation and a pervasive belief that seawater improved general health saw families from all over the country rushing to the seaside in droves.

It was during this time that bathing machines became popular. Visitors to the seaside could enter and change from their street clothing into bathing costumes. Coastal towns like Brighton and Margate became thriving hotspots. As a result, the British “beach holiday” was the most popular form of recreation for both working and middle class Britons right up until the 1960s. Although cheap air travel has encouraged more people to visit sunnier climes, the British still love seaside breaks. Brighton in particular remains a popular and trendy destination.

The sea, coast and beach has long be meaningful and enjoyable for the Brits throughout history. Britain’s love affair with the sea and the coast looks set to continue for years to come.