Horrid history: how water played a key role in wars 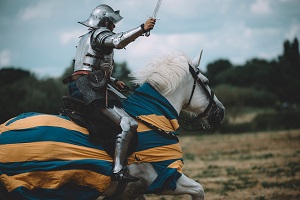 A global water crisis would be a challenge for the entire world to solve. Any future crisis would likely be caused by climate change. However, historic water shortages have occasionally been caused intentionally, as a weapon of war.

Over the centuries there have been some intense battles, from ancient Greece and India to World Wars I and II. In many of those battles both sides used water as a tool to weaken their enemies and, in some cases, wipe them out altogether. From well poisoning to destroying dams and reservoirs, the disruption of safe water has played a major role in conflicts.

In 1949, with the creation of the Geneva Convention, a specific article stipulated that poisoning of water is classed as a war crime. As Fair Observer explains:

“International humanitarian law expressly mentions that military attacks against drinking water installations and supplies as well as irrigation works are prohibited (Article 54 of the 1977 First Protocol to the 1949 Geneva Conventions and Article 14 of the 1977 Second Protocol to the 1949 Geneva Conventions). Drinking water installations are not the only civilian objects that may be indispensable to the survival of the civilian population.”

A war manual was published in India in the 4th century BC, similar to Sun Tzu’s Art of War. The Arthashashtra explained many intricate ways an army could defeat an enemy. When it came to defeating an enemy on a more direct level, the Arthashashtra detailed how rabies and lung infections could be given to an enemy by tainting the water supply.

There were also numerous documented accounts of water poisoning in ancient Greece. The most famous of these was during the first Sacred War, in 590 BC. Athens and other allied city states were waging a war against the city of Kirrha. During a siege of the city, the generals concluded that the only way to succeed was to poison the drinking water. It proved a success. The heavily fortified town quickly fell, overrun by Athenian soldiers who slaughtered everyone inside.

A few centuries later, Vlad the Impaler halted the advance of Ottoman Turks into Romania by tainting wells. They were crucial to the people of the region, and although it was a military success it led to the deaths of many ordinary people who relied on that water supply.

From the late 1800’s, the tactic of poisoning water was used less and less. However, there were still occasional examples. Finland famously poisoned wells with rotting animal carcasses during its war against the Soviet Union.

Unfortunately, water poisoning is still used today, despite the Geneva Convention. In conflicts like the Syrian civil war, ISIL have been found to poison water supplies. There have also been cases in the unceasing conflict between Israeli settlers and Palestinians in the West Bank and Gaza. Both sides accuse the other of poisoning wells with rotting chicken carcasses.