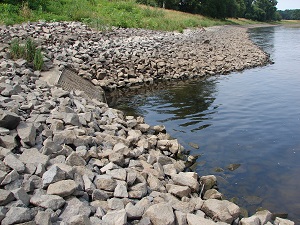 In recent years, there have been a steady rise of complaints to water companies in England and Wales, with the number of complaints reaching 2.23 million last year. The Consumer Council for Water (CC Water) said that the complaints are mostly about problems with water and sewage services, while the number of billing and metering problems had increased by 1.3% from April 2016 to April 2017.

The chief executive for The Consumer Council for Water, Tony Smith, said:

“The service customers receive from their water company has generally improved over the past decade, but that progress appears to have stalled. Water companies received more than [two million] contacts from customers last year to resolve issues which they should get right first time.”

Industry watchdogs have claimed that executives are being put under pressure and are facing condemnation over failures on leaks and pollution. This is combined with shortcomings in delivering significant returns to investors. Southern Water has received the biggest increase in grievances, with calls shooting up by more than 40,000 to more than two million in the last year. Cambridge Water has also had a poor performance with a 250% increase in written complaints and telephone complaints soaring by 37%. The Consumer Council for Water have requested that Cambridge Water contact them by the end of October to present evidence of measures to avert a further increase in customer complaints.

Consumers depend on a reliable water service, so what can water companies do to improve the service to their customers? Michael Roberts of Water UK said:

“The many improvements made by water companies is making a difference, with written complaints falling below 100,000 for the first time and a significant fall in the number of issues having to be dealt with over the phone since 2010…But as an industry we want to keep getting better, and make sure the downward trend in complaints and the increase in customer satisfaction continues. That’s why companies are investing billions of pounds over the next few years and increasing their focus on customer service.”

Water companies are investing billions each year to improve infrastructure, keep costs down and offer efficient customer service, alongside a reliable, quality supply of water.

Cranfield University are part of a national conglomerate gathering evidence and determining which parts of the UK’s infrastructure require prioritising. The university said:

“More than £25 billion will be invested in the UK’s water infrastructure over the next five years but these systems face significant challenges in the form of climate change, a growing and increasingly affluent population, and an asset base that includes over 800,000km of sewer and water supply pipes with an estimated average age of 70 years. Lack of evidence and poor coordination of research facility development and utilisation have hindered the exploitation of innovations which have the potential to increase the resilience and sustainability of water services. The Urban Water Innovation and Test Facilities funded through UKCRIC at Cranfield, Sheffield and Newcastle will enable UK and international collaborative research to transform our understanding of water infrastructure degradation and failure mechanisms.”