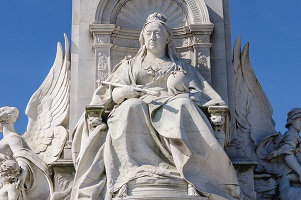 The Victorian era gave birth to the industrial revolution. It was a time of immense scientific and technological achievement, when the world saw British inventors and industrialists dominate their respective fields. In this post we look  at waste disposal and how the Victorians really pushed the boundaries, creating the modern system we know today.

We can’t actually talk about the Victorians and their mastery of waste disposal without mentioning the flushing toilet. The Ancient Greeks and Romans had toyed with the system centuries earlier, as had the Elizabethans. However, it was the Victorians and a certain Thomas Crapper who finally mastered the art of popularising the flush toilet for the masses. If it wasn’t for him following on from earlier attempts, we would not have the easy human waste disposal system we use today.

The very first flushing toilet was launched in 1852, by Thomas Twyford. He had the idea of using china, rather than metal or wood, and the continued success means Twyford brand toilets are still used today.

“[It] removed the need for an earth closet, the previous version of toilets (basically, a hole in the ground with a contraception on top to allow for sitting). The flushing concept, however, wasn’t that original. It was derived from an earlier inventor JG Jennings who also attempted the creation of a flushing toilet.”

It was in 1861 that Thomas Crapper was commissioned by Prince Edward (later Edward VII) to fit out some of the royal palaces with flushing toilets. Afterwards, he patented a number of toilet-related inventions. Although he did not invent the flush toilet, he was the first to display his wares in a showroom. He and his contemporaries such as George Jennings, Thomas Twyford, Edward Johns & Henry Doulton, began producing the modern toilets we still use, albeit aesthetically different models.

The masters of water purification

Drainage and water purifying systems have been around since the time of the Babylonian empire, improved by the Ancient Persians and the Greeks. However, the Victorians finally realised the potential of a proper system that could supply the population with clean water.

It was in the city of Manchester where the first modern water purification system was built. A company called the Manchester Corporation collaborated with pioneering engineer John Bateman, who devised a six-mile chain of Longdendale Valley reservoirs near Glossop. Although it took almost 30 years to complete, by 1877 the first major reservoir chain in Europe had been created. This was followed by the Thirlmere Aqueduct in the Lake District, opened in 1894. Bateman showcased its potential by delivering the first sparkling stream of water to the fountain in front of the local town hall.

These are just two pioneering ways the Victorians made our lives easier. By innovating using inspiration from older ideas, these inventors changed the world.