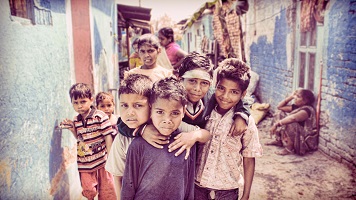 The second most populous country in the world, India faces an uphill struggle in providing clean drinking water to 1.2 billion citizens. Over the past decade, this has become an increasing concern for many, particularly as the subjects of sustainability and a future water crisis have crossed the Western world and into the East.

Research has been conducted over the course of several decades in regards to water scarcity across the world, but in India the main focus has been on coming up with cost effective ideas for water filtration.

Cost as a major factor

Indian giants Tata may have come up with a solution that puts quality first, while maintaining low costs. As All About Water Filters explains:

“Designed by Tata Chemicals and Tata Data Research Development and Design Center, the Tata Swach, launched in 2009 is a water purifier that is targeted towards low-income households. Originally targeting low-income families in India, this water purifier uses rice husk ash and nano silver to kill disease causing germs and bacteria. This latest technology which came into view last year claims to be able to purify 3-4 liters of water every hour.”

A recent report by the World Health Organisation found that 1.6 million people die each year from diarrhoeal diseases, attributable to lack of safe drinking water and basic sanitation. With this in mind, the Indian Institute for Technology in Madras has conducted extensive research in the use of nanotechnology to ensure water is purified.

What this new technology does is remove microbes, bacteria and other harmful matter from water, using things called composite nanoparticles. These nanoparticles emit silver ions that rapidly destroy contaminants. The current prototype means that for just $2.50 a year, an entire family can enjoy microbially safe water.

As well as nanotechnology, a number of Indian researchers have been looking into the use of solar power to purify salty-ground water for small villages across the country. An idea which arose in 2014, solar power has been the subject of successful experiments to supply off-grid villages with clean drinking water.

MIT graduate Natasha Wright, working on the research team, concluded that taking away the off putting salty taste is an important factor to consider, as this taste often puts people off of drinking even purified water.

At this present moment in time, India is fast catching up with developed countries like the UK and Japan. This is especially true when it comes to their pressing need for cost-effective water filtration. Over the next decade, as India’s population continues to expand, it will be interesting to see how the country manages to supply all of its citizens with water filters.