The water industry: How it all began 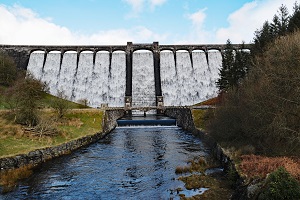 Britain is fortunate enough to enjoy an abundant water supply and an efficient sewerage system. Almost all households in the UK have access to a continuous supply of high-quality water and connection to a mains sewerage system. Environmental standards in the UK are strict, with coastal and river quality showing massive improvement over the past few years. We take the standard of our water supply for granted in England and Wales, but how did the water industry in this country begin?

The water supply system as we know it began in the early nineteenth century, moulded by the industrial revolution. This period saw increased demand as a result of economic development and a desire to improve environmental standards.

The structure of the water industry gradually built up through acts of parliament, government legislation, regulators and other authorities. The industry was fragmented until after the Second World War. The increase in its development following the war was due to a booming population and increased demands for water. In 1945, there were more than 1,000 people working to supply water and 1,400 people employed in sewerage and sewage disposal. Most of these were local authorities.

Sourcing and supplying water was a localised activity. The aim of postwar legislation was to consolidate the local authorities, enable them to supply each other and to extend sanitation and water services to rural areas. The Water Resources Act 1963 led to more changes, mainly in response to the drought of 1959 and the flooding in 1960.

In the late 1960’s and into the early 70’s, there were problems with planning water resources and keeping up with demands. This prompted the reconstructing of the water industry. The Water Act, 1973 required that regional water authorities work on a cost recovery basis, with the capital to meet investment requirements raised by borrowing from central government and revenue services provided. Additional changes were made to the Water Act during the 1980s which led to constitutional changes, and a reduced role of local authorities in decision making.

The water industry was privatised in 1989. This process involved the transfer of assets and personnel of the 10 water authorities into limited companies. To ensure the interests of customers and the environment, water privatisation led to further restructuring by parting the roles regulation, delivery of water and sewerage services. Three independent bodies were established to regulate the activities of water and sewerage companies. These are now known as the Environment Agency, the Drinking Water Inspectorate and the Office of Water Services.

“Water is the very stuff of life, so it is understandable that its privatisation during the Thatcher years was controversial. So, why do it? The big argument for privatisation used to be that it was cheaper. However as this turned out not to be the case—or somewhat disingenuous, depending on how you want to look at it—the new argument is that it’s more ‘effective’. We are told that, whilst private utilities may be more expensive, they are also more efficient.”