Microplastics – the enemy of the ocean 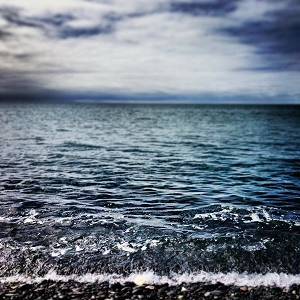 Every year in the UK, about 86 tonnes of microplastics enter the ocean from facial exfoliants alone. This is a serious issue which requires the attention of governments and businesses across the globe.

Microplastics are small particles mostly made from polyethylene, but can also be made from polypropylene and polystyrene. These tiny particles are less than 5 micrometres in dimension, and because they are so small they wash down drains and are tiny enough to pass through the filtering process. Microplastics, sometimes called microbeads, do not bio-degrade, therefore when they enter the ocean they cause an environmental hazard for aquatic animals in fresh and ocean water.

Microplastics are manufactured and used in beauty products, such as facial and body scrubs, and personal care products like toothpaste. They are also used in biomedical and health science research. If the ocean contains plastics, so does everything that lives within it. A study has confirmed that concentrations of microplastics are present in 16 out of 17 brands of sea salt from eight different countries. Research carried out by Ghent University found that European seafood consumers are likely to ingest up to 11,000 microplastic pieces per year.

How do microplastics effect marine life?

The impact microplastics have on marine life is massive; fish are being killed before they reach maturity. The behaviour of some fish has altered and their growth rate has changed. Some fish are favouring the tiny particles of plastics to their natural food source. In a study of Perch, a freshwater fish, those born into an environment containing a high number of polystyrene particles chose to eat the polystyrene over real food. Polystyrene contains pollutants and pesticides.

A research feature on University of Exeter website reveals some concerning results. Tamara Galloway, a Professor of Ecotoxicology said:

“Plastics are enormously beneficial materials. However, if marine plastic pollution continues to increase, impacts such as those demonstrated in our laboratory studies could occur in the natural environment. It is therefore important that we prevent the accumulation of plastic and microplastic debris in marine habitats through better waste-handling practices and smarter choices in the materials we use.”

On the 21st July, 2017 Greenpeace succeeded in their campaign to force the UK government to ban microbeads. This means that all products containing microbeads will be removed from sale by 30th June 2018. Louisa Casson from Greenpeace explains:

“It’s crucial that ministers have left the door open to broaden the ban in future to all products that go down the drain – not just cosmetics and personal care products that are classified as “rinse-off” (like body scrubs and shower gels). The government said that currently there is not enough evidence on which other products contain microplastics – this is largely due to industry irresponsibly not disclosing enough information. To achieve a fully comprehensive ban, we need companies to be much more transparent about when their products contain harmful microbeads. Proper disclosure is important for tackling all forms of ocean plastics – we’ve also highlighted a lack of transparency from the soft drinks industry on the size of its plastic footprint.”

We can only hope that other countries follow the lead of the UK government, forcing a worldwide ban on all microplastics and microbeads.