The drought of the century: Summer 1976 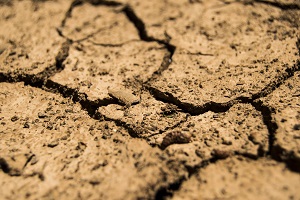 During the summer of 1976, Britain was in the grip of a sweltering heatwave that would last for months. It was the summer that witnessed water rationing, tap water shortages, and standpipes in the streets. That famous summer was the hottest, driest and sunniest June, July, and August of the 20th century.

How it all began

The drought of ‘76 actually began in the previous year. The summer of 1975 was long, hot and dry too. The interceding winter was much drier than usual, meaning for 16 months Britain had lower than average rainfall. It was the driest period for 250 years.

The spring of 1976 was also very dry and rather warm; May saw four consecutive days of temperatures over 25°C. It was in the second half of that month that Britain started to experience abnormal temperatures. A high pressure had been developing over the Azores, and a warm front arrived in the UK during the third week in June. This warm front would start the heatwave that saw 15 consecutive days (23rd June – 7th July) of temperatures above 32°C. Five days even exceeded 35°C.

The heatwave started to cause panic, even in government. Some had already been concerned over low reservoir levels in April and May. As temperatures soared, rivers slowed to a trickle. Soil at the bottom of reservoirs cracked and heath fires broke out in Southern England. The heat even forced companies to shorten the working week.

With no end in sight to the heatwave, the government was forced to enact water restrictions. A strict hosepipe ban carried hefty fines of £400 for those violating it. The streets were policed by patrol vans to ensure no one flouted the ban. In Yorkshire and East Anglia, communal standpipes were set up in the streets.

The public were advised to save water by adding bricks to their toilet cistern to cut down on the amount of water used when flushing. People took to saving washing-up water and using it to flush the toilet or water the garden. It was advised that only five inches of water was to be used in the bath, and that water should be re-used. During the heatwave, food prices increased by 12%. There was also a rise of heat related hospital admissions and a 20% increase in heat related deaths.

Swarms of Ladybirds swarmed over parts of the country. By the end of July, The British Entomological and Natural History Society estimated that 23.65 billion Ladybirds were swarming across southern and eastern coasts of England. Agriculture suffered because of the intense heat and lack of rainfall.

“Farms struggled, for many were not connected to mains water supplies and their bore holes dried out. Strawberry crops shot over in the heat, while maize, cauliflower and sprouts failed altogether. The cereal harvest was modest, especially in eastern England where the grain failed to swell. The grass stopped growing, then browned off so that farmers had to feed barley straw and hay to hungry stock, while providing thirsty animals with water became increasingly nightmarish.”

The heatwave only began to subside in late August. Violent thunderstorms brought downpours to some places which had not seen rain for months. The hosepipe ban was still going on during the early autumn, despite September and October being very wet.

Today, the summer of 1976 is still the most famous heatwave and drought experienced in the UK.