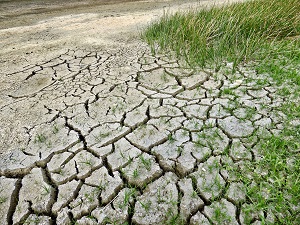 Climate change will make global water shortages a reality in the coming decades. Most methods of water purification are resource intensive, making them environmentally unpalatable. Desalination, for instance, uses large amounts of electricity. This makes it financially out of reach for the countries in desperate need of potable water. So, what kind of water filtering could be used in the future?

There is a big argument in the water industry over whether reverse osmosis or distillation should be the preferred purification method.  Although both methods successfully remove particles from the water there are undeniable advantages and disadvantages with both processes.

Distillation, a process that has been used for as long as man has needed to cleanse water, captures steam from boiled contaminated water and then condenses it back into water.  Reverse osmosis uses membranes to filter out the impurities instead. The current consensus is that reverse osmosis may be the more viable of the two methods going forward. This is down to electricity demands – distillation uses 1.65 kilowatts of power and 9 litres of cooling water per litre of potable water. Reverse osmosis requires just 0.1kw per litre.

The downside of any water purification system is the waste water left over from the process. Fortunately, with the reverse osmosis method, the lesser amount of energy used isn’t the only advantageous trait.  The wastewater from this method is suitable for many household chores including:

In fact, as we have seen with the many uses of greywater, RO wastewater can also be piped into your system to use for flushing toilets too.

In many parts of the world, utilising water filters to remove all particles and pathogens from drinking water collected from springs or streams may be the answer. By eliminating the need to boil water, people will require less firewood. This in turn saves woodlands and forests which absorb carbon dioxide.

As well as contributing to the reduction in greenhouse gas emissions, finding ways of filtering water can aid the social impact of climate change. By providing clean water to areas of the world most affected by water shortages, other opportunities for advancement will emerge. This includes the chance at better education and healthcare as people are able to build on increased security.

Global warming doesn’t just affect water levels, it has had a dramatic effect on the world’s snow levels too. Winters have gotten warmer and shorter, proving disastrous disastrous for the ski slopes of the world.

These days, you may find that you are no longer experiencing the thrill of a black run on freshly fallen snowflakes – with 36% of the snow on Swiss and 62% of the snow on Austrian Alps coming out of snow cannons.

Even more worrying is the effect this has on the environment. In Switzerland alone this amounts to 60 million kWh of energy and an additional 30,000 tons of CO2 being released into the atmosphere.