The toxins in our water taps 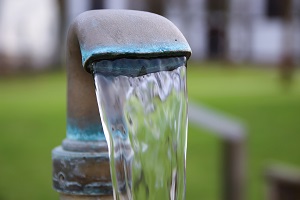 When we talk about the toxins in our taps we aren’t just referring to the contents that come out of it. Although our water is desirably drinkable there are levels of many contaminants in our tap water, such as:

None of these are in high enough concentrations to harm people. However, there are occasionally malfunctions in the system that can taint the water supply. Modern water treatment plants in operation make this a very rare occurrence indeed, but it can happen.

Odds are the water from your taps isn’t contaminated. However, the tap surface and the air surrounding it can make that issue moot. Tests done on the cleanliness of modern homes have produced results that can occasionally shock people.

Most assume the number one breeding ground for germs in any home is the toilet. It’s true, toilets can be unsanitary. However, according to David Nield of ScienceAlert.com, “You breathe in more bugs from tap water than you do from the toilet bowl.”

Research on sources of germs revealed that taps are responsible for 9% of the airborne bacteria in our homes – the toilet produces just 0.4%. Don’t panic though! The majority of bacteria released through aerosolized tap water is actually useful.

All of us at some time have stood back and taken pride in our shiny faucet, fresh from a rub down with a favourite cleaning product. How many of us have actually looked underneath the tap, up into the faucet opening though?

If you did you may well have recoiled in horror at the ugly sight of limescale, slime and even fungi. Fungal spores are a natural occurrence in the air, but become a black mould when they come into contact with moist, nutrient-rich surfaces. It’s unsightly as well as bad for your health.

According to South Staffs Water, mould can often form on, “The inside of cold taps where [it] can form a slimy or jelly-like deposit which hangs from the end of the tap.” It can also be found around plugholes and on shower curtains.

This black slime is called biofilm, and if left untreated can cause ear infections, listeria, salmonella, E. coli, or even illnesses like MRSA and Legionnaire’s Disease. It can be particularly problematic in kitchen taps, due to handling or raw chicken and a failure to keep surfaces clean.

How to treat biofilm

The trick to removing biofilm is to use an old toothbrush, dipped in bleach or baking soda. Push the fibres of the brush through the mesh if your faucet has one, as well as under the handle. Make sure to double-check the surface of your taps and choose a compatible cleaning product that won’t harm the finish.

As with most things in life, prevention is the best cure and luckily there are easy ways to stay biofilm free:

So remember – a few germs are a good thing, but too many and you might face problems. If you have any other great tips for treating biofilm, or you’d like anymore advice on this area, feel free to get in touch with a member of our team.