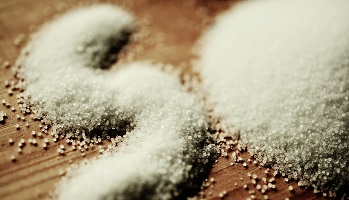 Having made the choice to improve your water quality at home or at work with a water softener, the question now arises – Sodium Chloride or Potassium Chloride salt?

But that’s not all, like many people who have a water softener installed, you may also be baffled by the salt choices available. Which should you choose from, block, granules or tablet?

Just what is the difference between evaporated and solar salt? Is it a case of simply choosing the least expensive as The Green Register for professionals give full advice to all their readers: “It’s important not to underestimate the running costs of the salt required for water softeners”.

But first, let’s tackle the basic differences between the two types of salt- sodium chloride and potassium chloride:

Although there is certainly enough water softener custom for both to thrive, it doesn’t just come down to personal preference as there is a distinct difference between the two.

Sodium chloride, or salt, is vital to our bodies for helping our bodies maintain fluid balance, helping our muscles relax and our nerves transmit signals.Too much salt however can be the cause of high blood pressure, diabetes and chronic kidney disease.

This naturally occurring mineral found in underground salt mines has long since been the number one choice for water softeners for price-conscious customers, with no sodium related health issues. The reasons include its effectiveness, inexpensive to buy, easily obtained, adaptable to any make of water softener.

Since the birth of the modern water softener, and the 1905 discovery by German scientist Gans that the water softener resin could be regenerated with salt, sodium chloride has been the number one regeneration agent of choice.

With the ever increasing popularity of water softeners, there came with it the increasing demand for and use of salt, resulting in salt consumption nearly doubling in from 1984 to 1999. It wasn’t until the late 1980s, that concerns were expressed from both a health and an environmental aspect, with the emphasis placed on the, levels of salt intake by people with hypertension issues and the levels of salt entering the water as brine. Although the levels of salt deposited in our water system are minimal, it can be a cause of concern for people who are dealing with sodium related health issues.

Potassium, like sodium, is an essential nutrient for good health, playing a vital role in the healthy function of nerves, organs and muscles. In addition, potassium chloride is important to the healthy growth of plant life.

Potassium chloride has always been an alternative choice to sodium chloride in water softening, but due to the difficulties and expense in mining this naturally occurring mineral it has been unattainable for most households.

Luckily, with developments in mining techniques, the use of potassium chloride in water softeners is now within reach of everyday folk. Potassium chloride works in a softening machine the same way as sodium chloride, but replaces the hard water minerals with potassium instead of sodium. It is 99.9% sodium free and a real alternative for those who are looking to reduce their sodium intake.

If you decide to switch from sodium to potassium chloride, it may be necessary to increase the salt dosage settings on the softener valve by 10% to ensure optimum regeneration of the resin.

Whichever salt you decide to use it’s important to note that buying in bulk not only saves money but means you never run out!! Check out our delivery deals today.