The wonder of water therapies 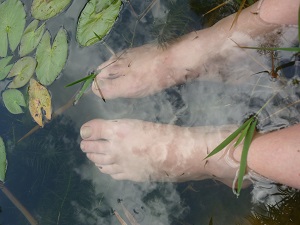 Water therapies have the power to soothe the mind, relax the body, soften the skin and treat various chronic ailments. Water healing isn’t a new concept, nor is it confined to any one continent. It is universal and its longevity is testament to it’s healing success.

The wonder of water therapies is as popular today as it has always been and whether it be internal or external therapy its remedial properties can not be ignored. Let’s take a look at some of the most popular therapies available today.

This may seem like a bit of a cheat, but the connection between dehydration and certain illnesses is well documented. Take the radical water cure, which hones in on the body’s thirst signals masquerading as illnesses and is treated with a strict drinking regime. The founder Dr. Batmanghelidj discovered water as a remedy for peptic ulcers whilst serving a prison sentence. He successfully treated 3000 prisoners and upon his release devoted his time to studying dehydration and its cause and effects.  According to Batmanghelidj:

“The body’s biological thirst signals can be mistaken for signs and symptoms of other illnesses. If we treat the root cause of these—dehydration—we can avoid costly and unnecessary medical interventions and enjoy long-term wellbeing.”

This soothing type of water-based massage has the advantage of being performed in either a dedicated spa pool or in a specially designed bath. By controlling the intensity of the water jets, which are placed at different heights, you can direct the massage at the desired spot. Hydro massage is effective in increasing the circulation and blood around the body as well as relieving pain in joints and muscles.

Although this isn’t usually grouped among the hydrotherapy treatments it does use water. Colon hydrotherapy is where your colon is flushed out with warm water to eliminate a harmful buildup of waste products and to clear bodily toxins.

Father Sebastian Kneipp, a 19th century Bavarian monk, cured himself of tuberculosis using a series of hot and cold showers and mineral baths. Since then the Kneipp Therapy, or Kneipping as it’s commonly known, is widely practised in Spas and Wellness centres around the world.  Consisting of a programme which includes a diet, containing fresh fruit, vegetables, whole grains, herbal supplements and botanical medicines movement therapy,  Along with the constant exchange of temperatures on the skin, widen the arteries, stimulate the blood flow and strengthen the immune system.

A Sitz bath is often used by women after giving birth to alleviate the pain of stitches or post birth tearing as well as offer relief for people who suffer with piles. A Sitz bath, named after the German word for seat, comes as a kit complete with a plastic bag, attached to a long tube, leading to a shallow plastic basin. This basin is designed to fit securely under the toilet seat.

The bag is then filled with warm water, which is used to fill the plastic basin up to halfway. The user can top up the water as it cools as a vent in the basin directs the excess water into the toilet below.

Thalassotherapy comes from the Greek word ‘Sea’ and uses a variety of seawater and seaweed treatments to leave you feeling biologically better as well as beautiful. Through a series of mud baths, body wraps, foot massage and aromatherapy, the properties of the algae, mud and sand offer countless benefits. Although there are many UK Spas that offer Thalassotherapy treatments, the die hard fans will be found in Europe in one of the dedicated residential centres.

For other ways hydrotherapy can improve your life take a look at our blog post.