Quookers’ the way to perfect tea 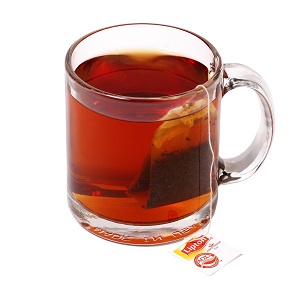 It’s been all over the news of late, we have been making tea wrong all these years, but just what is the furore all about? Apparently, it’s all about the water and how we are boiling it wrong! Really? The experts make a strong case against only using ‘freshly boiled water’, as reboiled water can intensify the harmful properties of arsenic, nitrates, fluoride and calcium.

As well as compounding the bad elements, reboiling can also strip away the good minerals. All in all, reboiling water is not only detrimental to our health – but doesn’t actually make a tip top cuppa!

Tea makers The Dilmah Family have this warning for their customers, “Twice boiled water will affect the taste of a good tea”. For many of us, emptying out the kettle and refilling it every time we want a refreshing cup of tea is both wasteful and time consuming so just what is the answer?

According to Houzz’s 2017 kitchen trends, hot water taps feature high on people’s installation wish list. The reason being, these sink mounted taps deliver boiling water on demand, allowing you to make a cup of tea with freshly boiled water every single time. No more kettles, no more wasted or reboiled water, just perfect water at the turn of a tap.

Not only do hot water taps come in several designs to suit your kitchen decor, they also come fitted with a safety lock. Take the most popular Quooker, which comes fitted with a double push and turn system, making it impossible to activate the boiling water without releasing this first. This safety system means that no curious little fingers are in danger of being scalded, something that is a constant threat with a freestanding kettle or a pan of water.

For those of you that are in love with the benefits of making tea with filtered water, the good news is that prior to discharge the boiling water passes through a HiTAC water filter (high Temperature Activated Carbon), delivering clean, fresh, steaming liquid. If you already have a water filter fitted onto your water supply there is a method of connecting your Quooker to this for maximum reassurance.

Don’t shoot the messenger, but there are those who believe that the best method for making tea is nothing to do with a hot water tap nor kettle. A whole new generation of tea drinkers are swearing that the simplest, most efficient method is to place it in the microwave and press start.

Just recently a social media bun fight erupted when David Tennant made his tea in a microwave in an episode of Broadchurch. Following headlines being thrown around, saying, “David Tennant just made a cup of tea in a microwave on Broadchurch and the internet is disgusted.” There has been no shortage of reports that actually this is the way forward.

Although this may send shivers down the spine of tea devotees, the scientific explanation for microwaving a brew reveals that there is better activation of caffeine and polyphenol compounds from zapping it in 30 seconds of full power radio waves. We think that the comforting art of placing the bag, pouring the water, stirring and waiting those 30 seconds will never be replaced, however you boil your water.