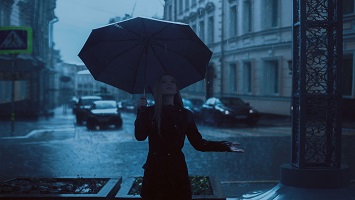 Rainwater gives us many things, including reservoirs, lakes and rivers, as well as the benefits of rainwater harvesting, without rainwater our drinking supply would undoubtedly be seriously compromised. Along with being a life source, there are indeed several negative effects of rainwater.

Floods cause immense damage and destruction to both life and livelihood and with nature showing us its worst side – the agony goes on year in, year out. Making things even more difficult are the several different causes of floods:

Although people of India and Southeast Asia depend on the rains from the summer monsoon for their aquifers, crops and hydropower, heavy monsoon rains can cause irreparable damage. In June 1995, an area of India called Cherrapunji was subjected to 48-hours of constant heavy rainfall leaving the land flooded with 2,493 mm, or 98.15 inches of water. On the flip side, some years there isn’t enough rainfall from the monsoons and the following years hardships are brought about from drought and a shortage of water.

One of the most calamitous natural disasters caused by heavy rainfall are landslides. These crippling cataclysms occur after intense periods of heavy rainfall cause either a reduction in soil strength, removal of soil particles or other elements in the slope or water overloading of the slope. One of the worst landslides linked to heavy rainfall took place in the Vargas region of Venezuela in 1999. Approximately 10% of the population of Vargas perished in the disaster, along with the entire villages of Carmen de Uria and Cerro Grande which were completely buried underneath the mud bed.

I’m sure you have been out in the pelting rain before and imagined it couldn’t possibly have rained this hard anywhere else on earth, well you would be wrong! The UK doesn’t even make it onto the record board. So, next time you get caught outside without an umbrella and have to dive for cover into a shop doorway spare a thought for the citizens of Barot in Guadeloupe, who in 1970 endured a drencher of such ferociousness that it produced 38mm of rain in 1minute! Now that’s what you call a downpour.