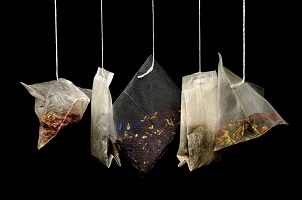 Tea is the most widely consumed beverage in the world and with a history spanning 5000 years, generations of tea lovers can’t be wrong, can they?

We have already shown how tea is known for it’s therapeutic properties as much as it’s central role in social circles, but which tea offers which benefits? These days there are over 6 billion pounds of tea harvested annually in the world, and their bouquet and taste is as highly judged as that of fine wines.

All non-herbal types of tea, or ‘true teas’ as they are known, come from the plant Camellia sinensis and are categorised into 4 distinct types – White, Green, Black and Oolong.

We know that green tea is great for such things as eyesight, weight loss, cognitive function and lessening the effects of stress but what about the other ‘true teas’?

It’s no accident that the Japanese are among the healthiest race in the world, with their staple diet of fish, rice and vegetables. In addition to their exemplary diet though is their tea consumption. Along with green tea, the Japanese regularly drink oolong tea which is known to –

Although there are many benefits to drinking black tea, it is worth remembering that black tea is one of the most highly caffeinated types of tea, as it contains about 40 milligrams of caffeine per cup, it’s wise to limit your daily intake if you have a slight caffeine intolerance. However even drinking 2 cups a day can benefit your health in the following ways –

This really is the multitasker of all the teas. It’s there when you’re feeling down, there when you’re feeling up and gets the population of half of the world up in the morning. Unlike green, black, oolong and herbal teas though the art of making white tea has become a nationwide debate. It’s a science, and apparently the news is flooded with the shocking fact that most of us are making our tea wrong, and have been for years! It’s all about the water, and the correct temperature. That’s not all, filtered water makes an even better cuppa go try it and see!