Is graphene the new miracle desalinator? 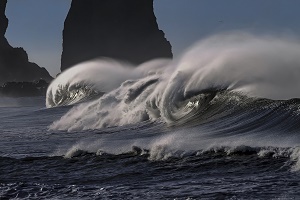 The world’s water problems could well be over if we could utilise seawater as potable water. Unfortunately there lies a much bigger picture surrounding this. Desalination is expensive and energy heavy and without an effective method of filtering the salt from the seawater, this will always remain a pie in the sky solution.

Until now that is, a UK-based team of researchers have produced a simple sieve made from graphene that removes salt from seawater. The headlines being bandied around scream “Is Graphene the New Miracle Desalinator”? leaving the world of science and the environmental groups in a permanent state of excitement.

Professor Rahul Raveendran Nair of Manchester University proudly states that “realisation of scalable membranes with uniform pore size down to atomic scale is a significant step forward and will open new possibilities for improving the efficiency of desalination technology.”

With 99% of the World’s water undrinkable, something has to be done to make desalination a viable water supply option. We have already seen amazing inventions to filter water including :-

These filters are changing lives, but it’s still not enough. With the gold standard of solutions – desalination – there are costly repercussions, both in monetary and environmental effects. It’s hoped that this latest discovery brings new hope.

Graphene has been heralded as the material that’s set to revolutionise every facet of everyday life. A big declaration indeed! Until 2004, this two dimensional, one atom thick material was known to exist but remained unattainable from it’s source home of granite. It took two scientists from the University of Manchester to discover an extraction method for the world’s thinnest, most tensile material. Along with a world of possibilities, this scientific breakthrough won them the Nobel Prize in Physics in 2010.

Graphene has incredible properties including:

The solution comes in the shape of graphene oxide. This chemical compound derived from graphene is produced by a cheap and simple oxidation process. This graphene oxide is easily formed into a membrane which was discovered to be highly effective at filtering out chemicals as well as salt.

Ironing out the glitches

A slight glitch occurred when it was discovered that the membrane became slightly swollen whilst immersed in water and although it still filters out the majority of seawater impurities and salt, it allows the smaller salt particles to slip through the membrane. By applying an epoxy resin wall, either side of the membrane, this forms a hard fast barrier against all salts.

This promising discovery is being tested against the current desalination plant methods, which utilise polymer-based membranes. There is an undoubtedly heavy burden being placed around this new discovery each year, with the Earth’s water shortage seeming to appear ever stronger. The experts are already throwing out predictions that this could be the ‘scalable solution to desalination’.

It’s predicted that by 2025, 14% of the world’s population will encounter water scarcity due to climate change so let’s hope that this breakthrough has come at exactly the right time.