The top 10 benefits of drinking tea 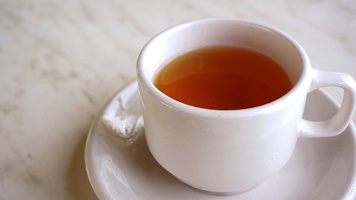 Whether it’s iced or hot, there are no end to the wonders of a good old cuppa! It’s been known to cure the ills of every stressful situation and is always the remedy for a broken heart or a crisis. According to netdoctor: “Being a tea drinker is particularly good news because tea is crammed with a variety of healthy properties.”

So along with the health properties let’s take a look at the top 10 benefits of drinking tea:

There are rumours flying around that drinking tea is better for you than drinking water. This could be attributed to the antioxidants that scavenge around the body searching for the cell-damaging free radicals to destroy and detoxify them. This helps to keep our bodies young and free from damaging pollutants. Amazingly either black or green tea has about 10 times the level of antioxidants as fruit and vegetables.

Although herbal and green tea have no caffeine, normal black teas have on average less than 50 percent of the levels of caffeine found in coffee. Of course you can also buy caffeine-free tea now also if you wish to eliminate the caffeine from your daily brew.

“Tea is good for the heart” so say the history books, and for more than 5000 years people have been consuming it. So is there any truth in the rumour? According to data published in 2012, both black and green tea may well reduce the risk of heart disease and stroke by 10% to 20%. Although the science isn’t definite, the notion that the flavonoids in the tea reduce the build -up of plaque in the arteries, thus lessening the risk of heart attack.

We know how important drinking water is in the battle against weight loss, and it seems that drinking tea can be as equally beneficial. Black tea contains compounds called theaflavins, which reduce the absorption of fat into the body. Of course this would be counterproductive if you ladle milk and 4 sugars into your daily cup of char!

The flavonoids not only help to prevent heart attacks, they also help with brittle bones. Research has shown that drinking black tea significantly reduces the chances of developing osteoporosis during the ageing process.

6. Tea May Keep Your Smile Bright

Research showed that drinking 3-4 cups of tea a day helps combat two types of bacteria which are both associated with tooth decay and gum disease. Tests showed that even if there is sugar and milk in the tea, the PH levels in the mouth are still altered enough to reduce the levels of bacteria.

Your immune system is the buffer between you and illness, so it’s great news to hear that drinking tea can strengthen it. Tea contains the amino acid, L-theanine, and it’s this that has the ability to build up our germ fighting cells.

Cancer fighting remedies are not without controversy, but the idea that drinking tea can help isn’t a new one. The high levels of antioxidants that we get from tea, especially green tea, are known to have beneficial effects on fighting cancer cells as well as destroying the free radicals. Although, the research isn’t conformation of a cure- it certainly doesn’t harm to drink more tea.

Many herbal teas are known to be good for people with digestive problems. In particular, chamomile can ease irritable bowel syndrome, ginger can ease nausea and peppermint can help with excessive gas. It’s worth remembering that not all herbal teas are advisable to drink when pregnant.

Tea, served with no milk or sugar, is a great alternative to water. It has no calories and it rehydrates the system.

So, if you struggle to get your 8 glasses of water down a day, drink some tea, it really does work wonders.