The lowdown on limescale 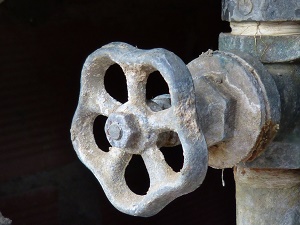 If you live in a hard water area, you will be no stranger to Limescale. You have probably spotted the white chalky deposits lurking in the bottom of your kettle, or the dusty film left on your glassware and dishes, but what exactly is limescale and how can we stop it?

What is limescale and how does it form?

Limescale develops in hard water areas. Rainwater is naturally soft, containing low or very low mineral content. In the South East of England the ground is sedimentary; the bedrock is predominantly made of chalk and limestone, which is porous, so the water in this area is hard. In Scotland, Wales and Northern Ireland, the ground is made from granite, which is non porous, so the water stays soft. The reason for this is because the rainwater will pick up hard minerals as it filters through rocks that contain calcium compounds such as limestone and chalk. The water is then collected and stored in lakes and reservoirs; it then passes into the water supply and into our homes. When hard water is heated, calcium salt crystals separate and spread out to the surface and form a layer of scale. So limescale is what is left behind when hard water evaporates; dissolved magnesium and calcium ions solidifying and becoming limescale. The minerals in hard water are completely harmless.

The UK has strict water quality regulations to insure that our drinking water is safe and of high quality. There have been debates on whether limescale is harmful to human health, however, The World Health Organisation (WHO), report that: “There does not appear to be any convincing evidence that the water hardness causes adverse health effects in humans.’ The National Research Council state that, ‘Hard water can partly satisfy ones calcium and magnesium dietary needs, In instances where calcium and magnesium concentrate are very high, this can be the primary magnesium and calcium contributor to the human diet.”

Limescale can be a bit of a problem!

Hard water itself is not really a problem, however the limescale that forms from it can be. Limescale build up in appliances can reduce their lifespan and efficiency. Washing machines, dishwashers and boilers can break down because of limescale furring. It can cause weak water pressure and damage plumbing, so boilers do not work properly, and it takes longer to heat our homes, which in turn increases energy bills. Limescale can also cause; cloudy shower screens, furry kettles, stiff clothes and towels, chalky residue on taps and in your bath and sinks, blocked shower heads, furring around taps and in toilet bowls. Limescale will cause fabrics to look dull and grey, will require you to use more washing up liquid, washing powder, soap and shampoo, as hard water does not lather easily, it can also cause dull hair and skin, and even eczema.

How to get on top of limescale

Installing a water softener will improve your water supply if you live in a hard water area. Cylinders which are made up of microscopic beads that forms a resin, traps the minerals that make your water hard. Magnesium and calcium and is replaced by sodium, which is more soluble. The sodium is supplied from a block of salt. Once the resin has the minerals that cause the hardness, a brine solution is then flushed through the system to clean it. All you need to do is top up the salt blocks as needed.