A guide to Spa town resorts in the UK 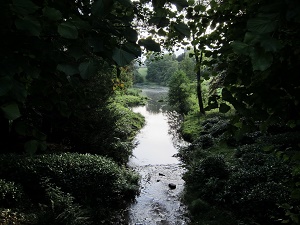 Spa towns in the United Kingdom were incredibly popular during the Victorian and Edwardian eras. These small resort towns were built around a mineral spa, or developing mineral spring. Visitors would flock to these resorts to bathe in the waters, which were famous for their supposed health benefits. It was believed that if you “take the waters” it would cure various illnesses and ailments and act as a preventative measure to ward off ill health with its healing properties. The wealthy middle and upper classes would tour the spas up and down the country, as more people visited – the towns began to provide better amenities and entertainment for the visitors.

1. Bath – Originally named Aquae Sulis by the Romans, Bath Thermae Spa was hugely popular during the 18th century. Legend has it that the benefits of the mineral rich hot springs cured King Bladud of leprosy. Today Bath Spa is still a top tourist attraction. The restored Roman baths draw in almost one million visitors a year, the pump room next door is now a restaurant, where you can try a glass of the water taken from the spa fountain.

4. Cheltenham Spa – It is claimed that Cheltenham Spa was discovered by a flock of pigeons in 1716, they were seen pecking at the salt deposits from Chalybeate Spring in the area of which is now Montpellier. When the news got out about the spring’s potential health benefits, visitors flocked to the area. The first Cheltenham guide in 1781 described a visit to the spring as “a journey of health and pleasure”. Today, you can still sample the mineral waters in the exquisite domed Pittville Pump Room.

5. Great Malvern – Holly Well on the slopes of Malvern Hills is where the spring water was first bottled in 1622. The waters were thought to cure gout and other ailments. The water was first analysed by Dr John Wall, in 1743. The water today is freely available, at springs and from various spouts around the hillside of Malvern.

6. Buxton Spa – Buxton’s geothermal spring, rises at a constant temperature of 28°C, is pumped to St Ann’s Well which is opposite the famous Grade I listed Crescent. Buxton is the highest market town in England at 300 metres above sea level.

7. Llandrindod Wells – Set in the Brecon Beacons Wales, Llandrindod has around 30 natural springs. It became very popular in the Victorian era, the construction of the Central Wales Railway in 1865 made it easier for visitors to come to the springs; this is when Llandrindod really took off as a spa resort.

8. Strathpeffer – Situated in the Highlands of Scotland, this spa in its charming town was a popular resort with the health obsessed Victorians.  The pump room is now an exhibition that follows the history of the Strathpeffer Spa which dates back to 1870.