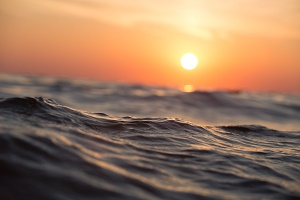 Water is the most important substance on earth. It is vital to all life on this planet, and without it we would not exist. Water is also the most common element that we have, but that doesn’t make it any less precious. Here are some unusual facts about H20, which you probably didn’t know!

2. Hot water freezes faster than cold water. It is a phenomenon that is unexplained, and is known as the Mpemba effect, named after Erasto Batholomeo Mpemba who observed that in some conditions hot water froze quicker than cold.

3. Water expands when it freezes. This is one of the only liquids to do this, and that has helped our planet survive successive ice ages, freezing the water on top but still allowing life to continue and evolve under the surface. Water starts to expand when it reaches 4°c, and by the time it gets to freezing point it has grown 9%

4. Hydrogen is one of the most abundant substances in our universe, ranking in third is oxygen. The formula for water being two atoms of hydrogen and one atom of oxygen, it no wonder that 71% of the earth’s surface is covered in water, the oceans holding 96.5% and the ice caps and glaciers contain 2%.

6. The earth’s atmosphere contains 37.5 million billion gallons of water at any given time. This is an invisible vapour that contains enough water to cover the earth’s surface in 1 inch of rain.

8. A human being can survive only one week without water, but can last one month without food. This is because the body has such high water content and needs to be constantly topped up to function and survive.

9. Water can dissolve more substances than any other liquid, including sulphuric acid! Water is known as a ‘Universal Solvent’; this is important to every living thing on earth. It means that no matter where water goes, either through the ground or through our bodies, it takes along valuable chemicals, minerals, and nutrients.

10. Nearly 97% of the earth’s water is undrinkable, as it is salty. Another 2% is stored away in the polar ice caps; the water found in the Earth’s lakes, rivers, streams, ponds, swamps etc accounts for only 0.3 percent of the world’s fresh water, this means that there is only small amount of drinkable water available for humans and animal life. We as humans use water resources for drinking, cleaning, sanitation and agricultural purposes.