The water campaign: Human right to water and sanitation 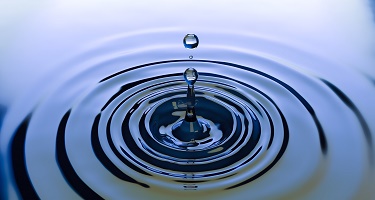 On 28 July 2010, the United Nations General Assembly recognised the human right to water and sanitation and acknowledged that safe drinking water and sanitation are essential to the realisation of all human rights. Unfortunately an estimated 801,000 children younger than 5 years of age perish from diarrhoea each year, mostly in developing countries. Unsafe drinking water, inadequate availability of water for hygiene, and lack of access to sanitation, together contribute to about 88% of deaths. Water charities such as Water Aid UK , Unicef and Pump Aid are working with the poorest communities in developing countries to attempt to provide clean drinking water and adequate sanitation.

For many communities, water is something that is considered as a utility service. This means that the treatment, distribution, and recycling of water is a service funded by the taxpayer. Water privatisation would take this process out of the public sector. It would allow a corporation to be able to take over the system for profitability. According to a report from 2013, Peter Brabeck-Letmathe, former CEO of Nestlé, one of the largest producers of food products in the world, believes that the answer to global water issues is privatisation. He was heavily criticised when he made the statement that he believed “access to water is not a public right.” Nor is it a human right.

The dangers of privatising water

In South Africa, the water supply was privatised.  This resulted in one of the worst cholera epidemics in the poor areas of Johannesburg in 2000-2002. The outbreak began when residents were disconnected from the private water supply because they could not pay their bills. With no safe sanitation and no access to clean water, the residents were forced to drink water from contaminated rivers. The cholera epidemic resulted in more than 100,000 people falling ill and at around 100 losing their lives. The government reacted and forced the private companies to provide at least 25 litters of water per day to every resident during the epidemic. While the companies had protested against this decision they complied but continued to disconnect the water for the poor.

The ‘cost’ of water across the UK

In the UK “the right to water” is referred to as the right that everyone is entitled to sufficient, affordable safe water for drinking, cooking and personal hygiene. Water has to be accessible to everyone, without discrimination. Water is a natural source of our planet that is essential to life. Water privatisation was introduced in the UK in 1989. Our suppliers deliver safe water, but this comes at a cost. Wastewater and drinking water plants cost millions to run, processing and treating it to make it safe for us to use. Residents will pay different rates, depending on the area in which they live. Before privatisation, water was paid for as part of the rates. In Scotland, water is still a publicly owned utility, and Welsh Water is a non profit organisation.

The human right to water

Across the globe, different governments approach water supply and sanitation differently. In an ideal world, water would be seen as a basic human right (as it should be) – rather than a profit-making commodity for big corporations.