The good and bad elements desalination 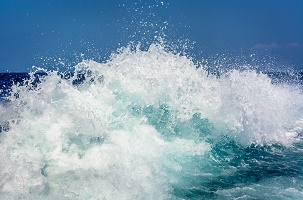 How many times have we seen the words, “70% of the world is made up of water”, and yet still 780 million people lack easy access to safe, potable water.  It’s still one of the toughest, but most important races mankind is competing in and for many, desalination seems to be waiting at the winning line. Like any major problem solver though, it’s not that simple and there are good and bad elements.

1. It’s proven to be effective: removing salt from seawater is a system that has been in practise on board ships as far back as ancient times. With developments in modern methods, such as reverse osmosis however, desalination plants can now produce enough potable water to actually make a huge difference.

2. The concept is understood:  the science has been thoroughly researched, examined, and recorded to appease even the most cynical of minds.

3. Lessen the strain on freshwater supplies: it’s constantly being reported that “The world is running out of water”, so if this is the case, then surely using the world’s largest resource, seawater, seems like a winning solution. Lessening the burden on the freshwater supplies such as; rivers, aquifers, rainwater, and underground lakes will not only benefit the drinking supply, but also free up some of that water for agricultural purposes.

4. Global warming not an issue: with many water supply solutions reliant on either rain or snowfall, desalination is one of the few things not affected by global warming.

Unfortunately with many of the world’s progressive technologies, there are some downsides.

1. Costly: the cost of building a desalination plant can run into billions of pounds, which is way beyond the reach of the many countries so desperate for its product.

2. Energy costs: on average it takes 2 kilowatt hours of energy  to produce 1 cubic metre of water, making the desalination process the most expensive of all.  It isn’t just the monetary strains that place a black mark against the procedure, it’s also the energy usage. The depletion of fossil fuels is a real enough problem, without the additional stress being contributed through enormous energy consumption at desalination plants. So until we can harness wind, solar, hydro, or nuclear power to be an alternative energy source, desalination doesn’t seem to be such a viable proposition.

3. Brine creates a negative environmental impact:  the result of removing salt from seawater is a liquid called brine. This brine, which is so high in salt content can cause huge contamination and damage to wildlife and vegetation during disposal.

4. Effect on sea life: there is not enough research that’s been done on the effects of marine life following consistent extraction of seawater. Scientists believe that any radical change in nature produces a negative effect. It remains to be seen just how negative this would be.

In weighing up the good and bad of desalination there seems to be equal arguments for either side. The only guarantee, however, is that something has to be done to solve the ongoing, escalating world water problem. As one expert states, “Desalination has one huge plus, she said – it relies on plentiful seawater”. I’m not sure anyone would disagree with this.

The most beautiful Fountains in the world

At Total Soft Water, we’re crazy about, well, water! Although our main focus is on providing our customers with the […] read more