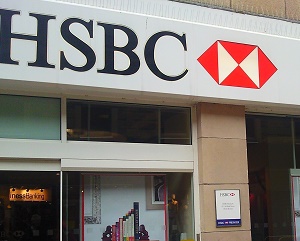 It’s encouraging to see when disasters unite the world, but unfortunately the continuing water shortage in some parts of the world is an ongoing disaster. As well as some heavyweight figures, like Bill & Melinda Gates, we now have a major High Street Bank joining the fight to supply clean water to every living person on the planet.

The HSBC Water Programme was launched in 2012, with a funding pot of $100m and a 5 year programme. It’s aim is to, “Provide and protect water sources, inform and educate communities in need, enabling people to prosper and driving economic development across the world”.

The HSBC employees nominated a number of charities, in over 35 countries and alongside these 62 projects, there were substantial funds given to help support the amazing projects run by – Earthwatch, WaterAid, and WWF.

The village of Madhugiri, Southern India’s only water supply was that of deep wells that were saturated with high levels of fluoride. The statistics don’t lie, and the state of fluoride in India had hit disastrous highs, with more than 10 million people exposed to bone deformities, tooth decay, and severe disabilities from joint problems.

Although these poisonous levels of fluoride were causing these debilitating conditions, the people of the village had no choice. HSBC partnered with the BAIF Institute for Research & Development, which set up The Sachetana Drinking Water Project. This project, set up with the Government of Karnataka, has gone someway to provide clean water to 1,000 households across 12 villages, by harvesting rainwater in specially built tanks.

Before the HSBC programme, the only accessible water source was groundwater – which even then could only be reached by digging down 1,000ft. Since the programme, more than 430 families have been collecting rainwater in the tanks and on completion of the 3 year programme, more than 5,000 lives will be made better by this method.

Why the HSBC programme is different

The link between poverty and access to clean water and sanitation is a statistic difficult to ignore. Going beyond this, is the great need to manage all water resources effectively.

The HSBC Programme has, and continues to, deliver massive impact across the globe – via it’s highly effective partners:

It’s predicted that this year an incredible 2.6 billion people now have access to clean, safe water, along with a staggering 2.1 billion having access to sanitation.

Restoring the balance in the ecosystem is a huge project. Over 1 billion people inhabit the areas adjacent to these five rivers: the Yangtze, Ganges, Mekong, Pantanal, and the Mara. The 5 year programme strives to create healthy rivers by:

Perhaps the most radical part of the programme is the education and training of Citizen Science Leaders. Along with over 8,000 HSBC employees, FreshWater Watch is a research project that involves 100,000 people who take part in scientific data gathering, with a view to discover:

With the 5 year HSBC programme well on it’s way to making a real difference, we leave this post with their reasons for engaging in what some would deem such a mammoth task, “HSBC has chosen to invest its time and resources in the HSBC Water Programme because water is vital to building healthy communities and developing national economies.”

And long may they continue to say so!