The difference between Hydrophobia and Aquaphobia 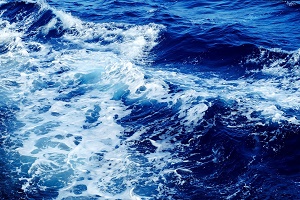 Hydrophobia is the extreme fear of water developed in the later stage of rabies and by the time a person has reached the stages of Hydrophobia they are usual within days of death. In the UK however, it is extremely rare and there have only been four deaths since 2000, with people who were infected abroad. Luckily for us, due to the recognition of the severity of the disease and our border control restrictions, the last case of indigenous rabies was in 1902.

Aquaphobia is described as “The persistent, unwarranted and irrational fear of water”, and people affected by the fear display many, or all of, the following symptoms –

Along with the physical side of the phobia, the psychological aspects are crippling, and many phobics experience images of dying or drowning, gasping for breath, or even encountering ominous beings such as snakes or sharks in water. An Aquaphobics’ fear is not contained to large bodies of water, they also fear ponds, puddles and even running water from a tap. In some of the more extreme cases, even a photograph or an image of water can cause a reaction.

Like many phobias, sufferers are sometimes unaware they are inflicted with one, and their irrational fears are seen as a quirk, which isn’t attributed to any one episode or cause, and ultimately not treated. Delving deeper into the phobia the causes are usually one of the following –

Living a life without coming into contact with water is impossible, as water is necessary for so many things, not least of which is life! Living with Aquaphobia wouldn’t just make summer holidays a tad tricky, it most certainly would impede almost every walk of life, so tackling the issue is a major concern.

Sadly, the news headlines carry the story of a boy who threw himself into a river to get over a fear of water. Shocking, but for many sufferers, the desire to rid themselves of their fears is so strong they will eventually succumb to extreme measures.

In our next post we will look at how people tackle the phobia, and how they can overcome it. As we will learn, it is possible to overcome Aquaphobia and through specialised teaching;  according to Swimming Class UK: “If you have any bad experiences with water they can be overcome, with time and patience.”