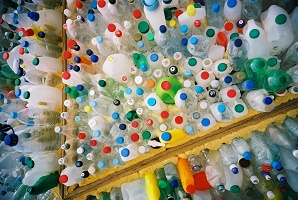 At the end of last year, Geovation’s Water Challenge set the inventors juices flowing and the entrants came up with some incredible ideas. The criteria was to solve problems included in these five main themes – too much water, too little water, poor water quality, ageing water infrastructure and water use behaviour.

Before the final judging, ten of the best were chosen to attend a brainstorming weekend at the Geovation Camp, to further expand on their ideas via problem, solution and development.

Some of the Finalists included –

Fix My River – A concept expanding on the fixmystreet.com idea, urging people to alert the relevant authorities of problems like overflowing drains, river pollution and flooding.

Refillable Cities – The damage that plastic bottles do to our oceans and streets is one that needs to be tackled and an idea based on Refill Bristol would aim to do just that.  Refillable Cities would simply expand the current system of free tap water fountains at key locations and water refill points in cafes, retailers, hotels and businesses. Eventually it would hope to have a similar system in every major city in the UK, cutting down on the damaging effects plastic bottle waste.

Plastic flotsam and jetsam – There is already a similar type of data gathering group on Facebook, where people share their finds on beaches. This proposed app would allow people and groups to record plastic items that have washed up on shore, helping identify patterns and discover possible solutions to the ongoing problems.

Poo Mapping – Radio frequency identifier tags would be used to track unwanted sewage paths leading out into seas and rivers. These waterproof devices would be flushed down toilets and drains to help track the sewage via wireless transmitters and receivers. This device, relaying a live feed, would also help to identify sewer blockages before they cause bigger problems.

Understanding your water world – An online resource for schools, clubs and organisations to promote the concept of water management and encourage the notion of sustainability. By collecting water-related data from outside sources, inputting to an app and comparing with facts about water cycle, climates, land uses and timescales, the teachings of water and it’s importance would be made easier.

Tree Health as a water quality indicator – Identifying areas of poor water quality is an issue, but with a deep understanding and monitoring of the health of trees, it is made possible. Studying the condition of trees in and around the coastal and river bank areas can teach us much about the quality of the nearby water sources.

After much deliberation over the weekend there were 3 Winners, who were offered a

Among the Winners were Fix my river and Refillable Cities, who are now both in development. It will be interesting to see these ideas in action, and we will certainly be keeping our eyes out for more news of these great water saving ideas.