The benefits of green tea 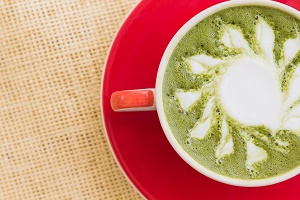 Tea is by far one of the most delicious and popular drinks in the world. Out of the numerous types of tea available, green tea is rapidly growing in popularity, particularly in the West. Is it the taste of this drink that makes it so popular, or its exotic appeal? Whatever reason people are choosing to incorporate green tea into their lives, one major aspect is the drink’s health benefits. If you want to start drinking green tea, here are some of the ways in which it may benefit you:

If your body is a bit on the bulky side and you’re looking to slim down, green tea can actually help you to shed the pounds. It’s not as crazy as it sounds, polyphenol contained in green tea stimulates the body’s metabolism, which helps you to lose weight. Interestingly, green tea is particularly useful if you’re trying to lose weight around the abdominal area, which is a problem for many people.

So you’ve probably heard the myth that carrots can help you to see in the dark, but what about green tea? Well, according to a study published in the Experimental Eye Research Journal, green tea can help to prevent against cataracts, which can cause blindness. This is because green tea contains a large amount of catechins – antioxidants which when tested on lab rats, were absorbed to a high degree in the retina. Although tests have not been done on humans, it’s very plausible to assume that similar results will take place.

3 – Improves the Health of Your Teeth

Wait a minute, isn’t tea supposed to be detrimental to the health of your teeth? Apparently not. Green tea and its awesome antioxidative effects can help to remove bacteria, which is pretty useful in the human mouth. One type of bacteria which can cause tooth decay is streptococcus mutans and evidence suggests that the catechins in green tea prevent this bacteria from forming.

If you’re feeling lethargic and unfocused, have a mug of green tea and feel refreshed and rejuvenated. Evidence suggests that the combination of caffeine and L-theanine (found in green tea) can combine to improve your brain function. Although green tea has a lower caffeine content than regular tea, many people find that they can work harder and for longer by drinking it compared to its black counterpart.

5 – Reduces the Risk of Cancer

Amazingly, one study indicated that women who drank green tea regularly had a 22% lower risk of developing breast cancer. Because of green tea’s anti-oxidative properties, it has been speculated that drinking green tea on a regular basis will hinder the growth of tumours.  However, definitive studies are still to take place.

Regardless of the properties found in green tea, the very act of making and drinking such a tasty drink is incredibly soothing. With a herbal richness, it’s pretty difficult to feel stressed with such a pleasant taste on your tongue. However, it has been suggested that the thiamine found in green tea is actually responsible for this calming effect. Green tea might be the ultimate drink to consume after a tough day at the office in order to reduce anxiety, unlike alcohol which can actually increase stress.

If you’re thinking about incorporating green tea into your daily routine, be sure to purchase a water filter for the very best taste and to remove impurities.