What are our main water sources? 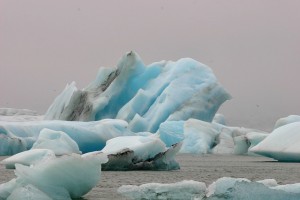 If we trace the steps of the water supply as it flows through our pipes, into our water filters and out of our taps, we find that the main water source of all our water stems from rainwater. The way we extract it and utilise it however, is dependant upon where this rainwater converges.

The rainwater that falls is collected in 4 major areas:

Amongst these 4 areas, the water is distributed amongst as the following:

Although you may assume groundwater means ‘water on the ground’, it actually refers to water underneath the ground. When rain falls, a percentage is absorbed into the soil and is either consumed by plants or returned to the atmosphere through transpiration. A large percentage will continue to infiltrate further into the rocks under the Earth’s surface, becoming groundwater. The level at which the rock becomes saturated is called the water table, and we have seen the effects of both a rise and fall in the water table.

Occasionally the water collected underneath the ground forms into underground lakes, but the majority must find a point of escape and this may be a river, lake, spring or the sea. Much of the water seeps into permeable rocks, becoming aquifers.

Fact: groundwater provides more than 75% of public water supply in south east England and over 35% in England and Wales as a whole.

The groundwater that escapes into the lakes, rivers, springs and oceans becomes surface water and it’s this surface water that supplies our reservoirs. Surface water can take lives as well as save lives when reaching tumescent levels and that’s one of the reasons that surface water is controlled via flood management.

Fact: 30% of Southern Water comes from reservoirs, rivers and lakes. To preserve the levels, all water companies must be in possession of a license which restricts their abstraction.

If we were to say ‘water in the air’ you would automatically think of falling raindrops, and you wouldn’t be wrong. Water takes on another airborne form in the shape of evaporation and condensation, which both in turn end up as rainwater.

Not only is the water on our planet unevenly distributed into 97% saline and 3% freshwater. Of that 3% a whopping 69% is trapped in glaciers. Although many people pose the question, “Why don’t we melt these icebergs and produce much needed fresh water?”, their locations are so remote that the water wouldn’t be useable. But this does offer a glimmer of a solution for the future.

Although 70% coverage of the earth’s surface is water, 97% of it resides in the oceans and seas. Over the past few years there has been a steady increase of desalination plants all over the world, but it seems we are a long way off being able to ‘drink sea water.’

Of our world’s water, 97% is found in the ocean and is pretty much worthless to land animals, humans and agriculture. Of the 3% of water regarded as fresh, 69% is locked up in glaciers, 30% is found underground and less than 1% is available from lakes, rivers and springs.

1% of the Earth’s water is usable by humans, and 99% of that is situated underground. Maybe now you will look at water as an amazing commodity!