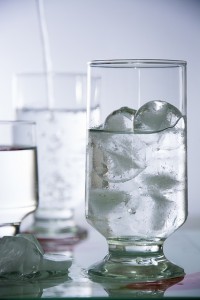 There are lots of reasons why installing a water filter makes good sense, but safety is one that doesn’t usually spring to the forefront of our minds. Until now!

Earlier this month we have seen water filters being openly recommended worldwide, with the 2 most powerful nations in the world speaking out in the media. What’s even more interesting is that each of them have quite different reasons for their open endorsements.

Milwaukee hasn’t exactly got an exemplary track record where water supply is concerned, following the deaths of 69 people in 1993 from contaminated water. Currently in the U.S, Milwaukee is facing a water contamination problem from what they believe is the water supply pipes. Although the situation hasn’t reached the enormities of Flint, Michigan, where thousands of residents have been poisoned via their water supply, lead has been discovered in some of the city’s older supply pipes.

Following the disaster of the previous outbreak, the Milwaukee water works urged the Milwaukee Mayor, Tom Barrett, to speak up. He came out urging the residents who occupy the pre-1951 homes to install water filters to prevent against possible lead contamination, which can cause lifelong health problems from the toxins carried inlead particles.

Installing a water filter into the home doesn’t just remove impurities and odours, it removes all trace elements of metals and potentially harmful drugs. It seems obvious to us that the one simple device that could protect a family against possible illness from adverse effects of water contamination should be given top priority.

To enlighten people, the Milwaukee Mayor has come out in the media with:

“In the case of 70,000 homes in Milwaukee, lead could be an issue so I strongly urge anyone who lives in a home that is older than 1951, to get filters for their faucets.”

It’s also reported that the Mayor expressed his delight in how ‘effective’ these water filters, stating how they could be crucial and cost effective in dealing with the city’s current pipe problem.

The news report sent waves of panic around Milwaukee with shop owners and online suppliers selling out in hours. Unfortunately many people were unaware of the differences in types of water filter and went ahead and purchased a model that rids water of fluoride, chlorine and pesticides but not trace metals, including the currently present: lead.

Many people were not aware of the differences in filters and the importance of looking for a particular model, like the Kinetico, that is effective at removing traces of all metals, including lead. Let’s hope that the filters get installed soon and people can get back to their clean, fresh water supply.

Let’s move to the Far East and in particular Taiwan, where earlier this month the Chinese press machine was put into overdrive to bring awareness of the problems plastic water bottles. The actual China Post headline read:

“With plastic bottle waste on the rise, water filters can provide path to sustainability”

It seems that the battle between bottle and tap will continue to rage on all over the developed world. With the perils of plastic being openly vilified by such a superpower, is this the moment that we all sit up and take note?

In a later post we shall reveal the truth behind the plastic bottle industry and discuss how recyclable is our recycled plastic actually is.