The truth about plastic bottles 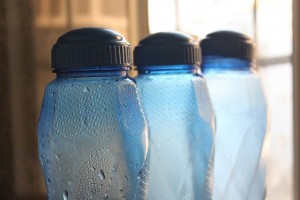 The war over plastic is ever present in the developed world, but the war on water shortage is even greater! On one hand we are urged to drink bottled water because of the water supply being less than perfect, but on the other hand it’s expensive, unnecessary and is causing an eco-nightmare.

The China Post printed an eye-popping article earlier this month exposing the ‘facts’ about bottled water and the potential crisis arising from its popularity in the Far East. An in-depth study of Taipei, Taiwan was undertaken by a water filter manufacturer and these were the discoveries:

Alongside these statistics the director of the research, General practitioner Lin Chun-ku, revealed the nation were under several misconceptions about the use of plastic bottles.

These include the reuse of plastic bottles.

In Taipei the reuse of plastic bottles isn’t something that is recommended. The plastic is designed for single use as the saliva germs that are left behind are very difficult to eradicate with normal washing and have a tendency to multiply within days. Plastic water bottles left lying in the sun causes the release of Bisphenol A (BPA), which can cause catastrophic problems including:

The research carried out in Taipei showed that over 80 percent of the population of bottled water drinkers were oblivious to the harmful substances that plastic can emit when exposed to heat.

Along with the above statistics and revelations, it was also revealed that almost 60 percent of the population were unaware that it takes 300 years for a plastic bottle to completely decompose. With the figures for waste over one summer period being so shockingly enormous, this makes the need for more smarter drinking an immediate concern.

An industry supplier spoke at a press conference in Taipei and highlighted how a water filter not only provides clean, fresh water but does it with care and consideration for our water footprint.

With the health benefits and the cost effectiveness of a water filter, why would anybody ever drink from a plastic bottle again? But if you still aren’t convinced, take a look at this chart which highlights the actual cost in raw materials, energy and gas emissions of producing plastic bottles. For an alternative to plastic bottles, please check out our water filters.