The countries with the cleanest tap water 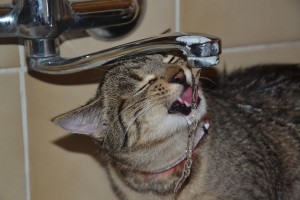 While it is safe to assume that tap water is clean and drinkable in most of Europe, North America and the Antipodes, it’s not always equally clean everywhere in the world. Some places are known for having especially clean tap water, whereas in other locations it should be avoided in favour of bottled water. Here are some of the countries you might not expect to learn that actually have the cleanest tap water in the world.

Drinkable tap water in Denmark comes from underground reserves rather than from surface water, like in much of the rest of Europe. It is then filtered through sand before being pumped to taps all around the country. It is some of the cleanest water on the continent.

In Costa Rica, it is recommended to tourists not to drink tap water only in beachside locations. Otherwise, tap water in this Central American country is very clean and good to drink, and it is considered by many to be a luxury to have access to clean, safe, running tap water in their homes.

Compared to its neighbouring countries, Singapore has excellent quality drinkable tap water, and it is entirely safe to drink. Many Singaporeans still boil water before drinking it, though this is mostly down to habit and because some people say that boiled water tastes better, but there is no need to do this to ensure its safety.

With probably the cleanest tap water in the Southern Hemisphere, New Zealand has an excellent record for providing its residents’ homes with safe drinking water. The country’s water systems are strictly regulated by the Ministry of Health, who work hard to ensure that there is always good quality water available from Cape Reinga to Invercargill.

Canada is blessed with an almost unlimited supply of drinkable water, and provides clean and safe water throughout its ten provinces and three territories. Unusually, the responsibility for providing clean drinking water is shared between the provincial, territorial, federal and municipal governments, rather than the sole responsibility of one regulatory body.

With water regulations based on the EU drinking water directive, the UK has some of the best and cleanest tap water in the world. While it varies in its hardness throughout the country, but it is nonetheless universally safe to drink from taps everywhere in the UK.