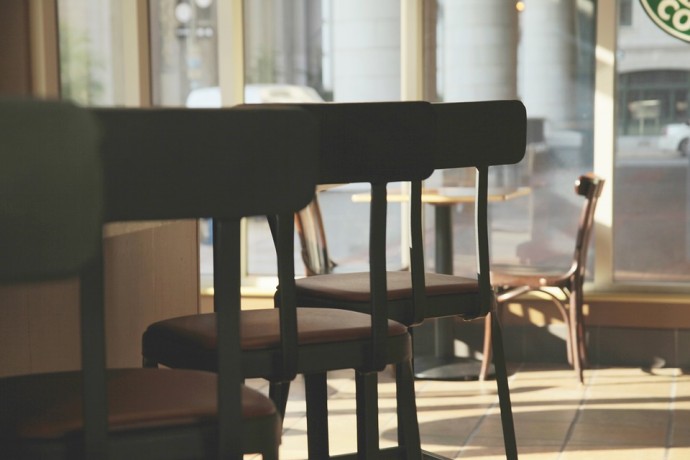 You’ve probably never been invited out for a pint of water – but since 2012, residents of New York’s East Village have been doing exactly that.

The Molecule, also known as the Water Café, takes the city’s chlorine, metal and fluoride laden water and filters it through a mountain of a machine standing 8 foot tall. Although this machine does exactly the same job as a household water filter, this custom-made $20,000 monster puts the tap water through a seven-stage ultraviolet, ozone and reverse osmosis treatment. The end result being water at it’s purest form, selling for around $2.50 a shot.

The owner Adam Ruhf has been a long serving champion of the properties of purified water, having openly spoken of the pain relief it gave him following two serious car accidents. Not wanting the toxins from tap water to inhibit his recovery, he began drinking purified water and from there the idea sprang. With the growing concern over the damage from increasing use of plastic bottles, the importance of widespread water education also became clear to Ruhf who says ‘it’s about treating water a little more consciously, mindfully, and respectfully.’

For many people, water on its own just doesn’t cut it as an after-work drink, so the Molecule offers an option to add vitamins or supplements to your water. Just like with smart water and vitaminwater, adding electrolytes or carefully researched herbal supplements can give the consumer a boost of energy, much like a shot of espresso from a coffee bar.

Taking tap water one step further is a bar recently opened in Minnesota. Here the patrons can come and try tap waters from all different areas, mostly originating from the Mississippi river.  The idea behind this is similar to the Molecule in water awareness and getting people to recognise that tap water, whether filtered or not, is something we should be celebrating.

Today’s press is providing conflicting views on whether or not Britain is to get its first water cocktail bar to open at Selfridges on Oxford Street later this year.

The reports that the store will open a ‘water only’ bar are misleading as in fact Selfridges are actually opening a bar that will offer free filtered water, plus a line-up of water infusions. With the store consulting a panel of ‘water sommeliers’ to put together the menu you can be sure that there will be something for everyone. Leading water sommelier, Martin Riese, explains that water has a taste that differs from region to region, so it makes perfect sense to create a menu:

“Like wine, one can actually taste the region and depth from which the water comes.”

It seems that water, however you drink it, continues to play centre stage in everyday living. We all know we can’t survive without it, and for the lucky ones who have a choice of how to consume it, it seems that more and more options are becoming available.