The difference between filtered, distilled and purified water 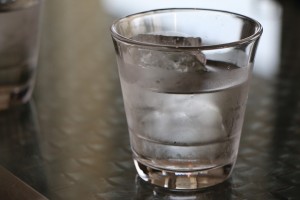 To many people, filtered, purified and distilled water are the same thing and do the same job. In reality, there are major differences between the production methods, uses and the health warnings associated with them. To try and add some clarification, let’s take a look at each of them.

Filtered water comes direct from the tap, which in most countries comprises of a blend of waste and rainwater. Before being declared fit to drink, it has to pass through several stages of water treatment, making it finally through to the water companies who pump it through to our homes and workplaces.

Although it has already gone through several stages of filtering, many people don’t like the taste of tap water or carry the notion that it’s unclean, so installing a water filter to their mains water supply counteracts this. The water filters, like the Kinetico K5, incorporate the reverse osmosis effect for filtering the impurities from your tap water whilst retaining the healthy mineral deposits.

Distillation conjures up an image of lab coats, bunsen burners and steamy glass test tubes, and for the process distillation takes, this could well be the case. Quite simply, distilled water is boiled water vapour that is captured before it evaporates and is then turned back into liquid.

Although distilled water was deemed safe for general consumption in 1960, much research has been done since and as the process of distillation strips away all minerals and turns the PH acidic, it now considered to be harmful. When drunk in capacity, distilled water can cause an imbalance in the body’s electrolytes, leading to fatigue, weakness, muscle cramps and an abnormal heart rate.

There are many great uses of distilled water:

For those who wish to still drink distilled water, there is a brand of drink on the supermarket shelves that has added electrolytes, allowing the consumption of pure water with no harmful side effects.

Luckily there are many, many ways to purify water, whether you are at home or in the wilderness with nothing but a mesh hammock and a bendy straw. What gives it it’s name is the quality of water left after the process it has passed through.

To be classified as purified, water must have a TDS count of less than 10 parts per million. The TDS being the Total Dissolved Solids amount of mobile charged ions, including salts, metals or minerals dissolved in a given volume of water, expressed in units of parts per million. For the record, both purified water (whether filtered or through other methods) and distilled water have between zero and one PPM.

So although it seems there is very little to choose from between distilled and purified except the process the water went through, what does it come down to when making the final choice? On paper, they are the same – although distilled water is purified but purified water is not distilled! It seems the vastly employed recommendations are as follows…

Distilled water for steam irons and short term consumption (detoxing etc), due to the cost of the production process and adding electrolytes to safely produce drinking water

Purified water, via a water filter for drinking and cooking.

We have certainly come a long way since the invention of the Hippocratic Sleeve in removing impurities and making our water safe to drink, in whatever form you choose.

I wonder what on earth we will see next ?