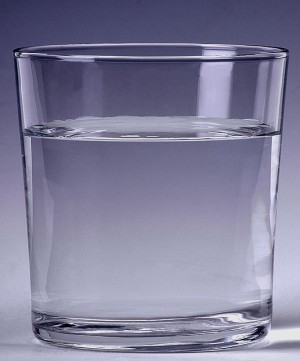 Water is smart. It feeds plants, nourishes animals, buffers disease and is generally accepted as the elixir of life to all living things. But smart water, well, that’s something different altogether!

No matter how much we hear about water being necessary, for some of us it’s just hard work to drink the recommended 8 glasses a day. Even with help along the way in the form of filtered water, purified water, Vitaminwater and flavoured water, it still defeats many people. So just what is smart about smart water, and could it be a welcome alternative for the reluctant drinker?

What is smart water?

In a nutshell, smart water is a liquid that has been purified through vapour distillation and then magnesium chloride, potassium and electrolytes are added to it to make the taste more palatable.

Where did it start?

The original idea heralds from a NY businessman who then proceeded to sell his Energy brands company to Coca Cola for a whopping sum. After the original UK launch of smart water brand Dasani, it turned out to be glorified tap water, then the stock was recalled and taken out of circulation for a whole decade. Until 2014, when Coca Cola hoped to mirror the success the beverage had in the U.S by reaching number one on the premium water brand since its launch in 1996.

With production now coming from a Northumberland spring and the face of the drink being Hollywood bigshot, Jennifer Aniston, success was always on the cards.

It seems the focus on smart water is in the added electrolytes, which we all know are there to maintain the levels of acidity, maintain fluid balance in the bloodstream and aid in muscle movement. When you sweat, the body loses vital electrolytes, so after vigorous exercise it’s important to replace them.

Unfortunately there seems to be conflicting evidence that the amount of added electrolytes to smart water isn’t enough to actually make that big difference!

In fact, some experts go so far as to advise that installing a water filter underneath the sink and adding packets of electrolytes from companies like Emergen-C will have the desired effect, at a fraction of the price.

So why do people buy smart water?

It seems obvious that many people just can’t resist the hype associated with a big brand and a famous face, and for many, drinking water that doesn’t taste like water is the only way they can keep hydrated. The huge plus for smart water is the absence of any sugar of any shape or form, which goes a long way towards it being a ‘healthy’ way to hydrate.

The ladies at the wonderfully named, The FAT Girl’s Guide To Running, had the pleasure of testing the smart water and had this to say:

Did it taste different from other waters? hmmm I’m not sure”

Here at Total Soft Water we are of the opinion that water in its purest form still hits the spot every time.