The mystery of underground lakes 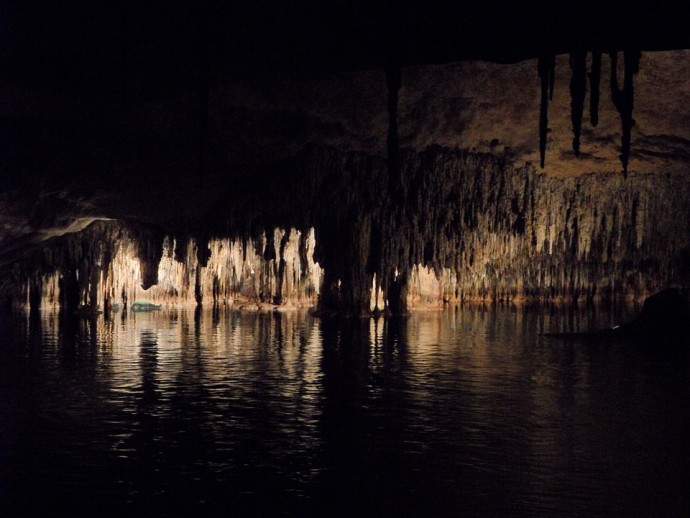 Although water is procurable through many different sources, the population expansion and consequential usage places a constant strain on these resources, forcing water suppliers to look elsewhere.

Rainwater harvesting is being hailed as a potential saviour for non-potable water uses, and the recent discovery of an underground lake dating back 2.7 billion years has made people look twice at the world’s largest underground lakes.

What is an underground lake?

An underground lake is a body of water situated below the surface of the Earth’s crust. Inside this sun starved world lies a magical, almost ethereal place, dominated by networks of cavernous caves covered in gemstones, glow worms hosting motionless bodies of water.

At the mouth of this cave deep within the Kalahari desert, the humid breath of the Dragon gives way to an incredible subterranean world containing the world’s largest underground lake. It is so vast, divers have only been able to reach 430 feet. Due to the conditions, the water is incredibly clear and the only living matter to be found in the water are white shrimp, worm-like creatures and the incredibly rare golden cave catfish.

This vast expanse of water deep within the extensive network of caves in East Tennessee is known as the Lost Sea. The lake was discovered in 1905 by a thirteen year old boy who whilst playing in the cave, came upon a small opening and crawled through. Although the full extent of the Lost Sea is still unknown, divers have so far charted a series of large rooms filled entirely with water, totalling up to more than 13 acres.

In the heart of the Swiss Alps, nestled between Sion and Sierre, sits the largest natural underground lake in Europe. Unlike the previous two, this lake is easily accessible and its 300 x 20 metre lake can be explored by boat. During the trip, the glitter-splattered stone throws shapes on the surface of the crystal clear still water, giving the illusion of magic and mystery. For years the locals believe that the peace and tranquility of water in the underground chamber gives off special powers.

Of the 400 known subglacial lakes, Lake Vostok, situated underneath Russia’s Vostok Station, is the largest. The surface of this freshwater lake is approximately 4,000m under the surface of the ice, and measures a staggering 250 km long by 50 km wide. With an average depth of 432m, this body of water could be invaluable.

Incredibly this lake has been sealed from sunlight for over 15 million years, and although a previous attempt at extracting a water sample was thwarted, in 2012 scientists made a new attempt

As the scientific team hit the water surface at the depth of 3,769 metres, Russia’s environment and mineral resources minister, Sergey Donskoy, delighted in announcing: “This is an event of worldwide significance, which has huge scientific value.”

With the water being twice as pure as double distilled mineral water there is no equivalent as yet on Earth.

So although the Earth is more than 4 billion years old and progress has provided us with gadgets and inventions we could only dream of, it seems Mother Nature still has many tricks up her sleeve. In recent years, many new underground lakes have been discovered around the world, such as:

This gives rise to the possibility of an endless supply of subterranean water.