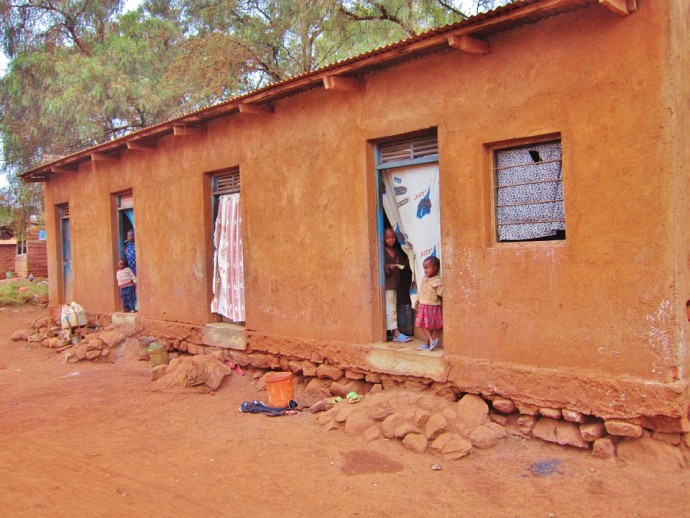 Following on from our posts on ways to filter water, let’s take a look at Tanzanian chemical engineer, Dr. Askwar Hilonga, who last year won the first Africa Prize for Engineering Innovation from the UK’s Royal Academy of Engineering. This newly established competition for sub-Saharan African engineers offers a chance to encourage, celebrate and reward innovation in solving African challenges.

Tanzania is one of the poorest countries in the world and as Dr. Hilonga says: “I grew up in a very remote village in Tanzania and saw with my own eyes the suffering caused by waterborne diseases.”  He recognised that each region has its own water challenge, whether it’s excess fluoride or heavy metals like copper and mercury. Whatever the problem, clean water was needed, and quickly!

How does the filter work?

We have seen how fruit peel, plants and the sun can help filter water, but Askwar Hilonga uses nanotechnology, which is reputed to become the most influential force in the world since the emergence of the internet.

Although slow sand filters have been used in eliminating bacteria and disease from water for over a hundred years, they can not remove chemical contaminants or heavy metal particles. Using nanotechnology and nanomaterials made from sodium silicate and silver, Dr Hilonga’s filter passes the water first through the sand and then through the nanomaterials, eliminating all bacteria and contaminates.

The road to developing the Nanofilter®

Work began on the filter as far back as 2010 and it was the refinement of the nanomaterials that has consumed much of the time. It is with thanks to the Royal Academy of Engineering’s support and guidance that the Nanofilter® is now on the market.

An astonishing 70 percent of nine million Tanzanian households do not use any kind of water filter. Here are some astonishing facts:

It seems that the Nanofilter® couldn’t have come at a better time.

Unfortunately, the current cost of a filter is completely unattainable for many of the most needed communities, so many filters are being rented at an affordable price. Although the nanomaterials in the filters are required to be changed after 800 litres of water, this only costs around $5, which is within most people’s reach.

In making the filter affordable for everyone, Dr Hilonga is capitalising on the notoriety gifted to him from the Africa prize and the widespread interest that accompanies it. He is reaching out to investors who share the same goal and looking for a way to subsidise the cost of filter production and distribution.

For many of us we see education as something we have to endure, but for Dr Hilonga, he saw it as a means for saving lives. He asked himself, what was the use of a PhD if people from his village were still dying from waterborne diseases? The former UN Secretary General Kofi Annan has been quoted as saying: “AIDS, TB, malaria and other infectious diseases would not be defeated until the battle is won for safe drinking water.”