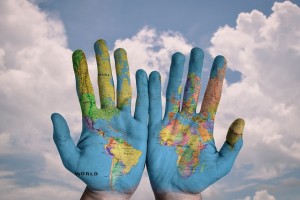 Among many regions in the UK, people complain about water being too hard – despite having water softeners and water filters to combat this. World leaders rarely unite except in the case of a crisis, and there’s no bigger crisis than the world’s diminishing water supply.

Improving the supply of water by increasing demand works hand in hand with implementing a better sanitation solution to protect the natural water resources.  If both sides of the industry develop these systems together, it will stand the UK water supply in good stead for centuries to come.

Water suppliers should be issued with penalties when they fall short of providing their customers with an acceptable level of service. Establishing accountability would force the providers to  bring their business methods in line with consumer expectations – wherever they may reside. At the moment, there is a bit of a divide between the rich and poor as far as water supply is concerned. In other words, there are no subsidies for the poor! Educating and encouraging everyone about water conservation and rainwater harvesting would also make sound financial practice.

In the UK, emphasis must be placed on securing the finances to build and maintain sanitation systems that will still be functional for future generations.

“The US have no idea of how current and future water supply demand matches up with the available surface and groundwater supplies. There is need for a better accounting of our water balance sheet.’”

People in the US feels it’s high time that the government look at the water industry the same way they look at education and energy. By developing a sound water regulation system and introducing incentives for water reuse and rainwater harvesting, the US could change the way Americans view and use water.

As a nation, the Swiss are efficient at most things, and water usage seems to follow this path. However, the country has rather a large water footprint mainly due to their volume of imported goods from water-starved countries.

Training and encouraging skilled hydrometric staff to gather comprehensive water data could stop budgets being cut and departments being put under stress. One of the problems that most countries face is the lack of in-depth information regarding water resources, usage and supply. It’s easier for a government to cut a department budget when there are no hard facts to show how detrimental the decision would be! The Swiss seem keen to promote and encourage rainwater harvesting by any means possible.

For many years now people have treated water as if it is limitless, and the Mexican government’s substantial subsidies to water distribution has not really helped matters. It has not helped to create the awareness that is needed for people to change their habits and move towards necessary water preservation.

Mexico understands that for water to be sustainable, they must help community leaders take control of their water systems. By educating community leaders to pass on their knowledge to the neighborhood, it ensures that everyone becomes an integral part of the project for future generations.

With South Africa being such a vast country peppered by huge expanses of farming lands, its focus on investing in simple, efficient irrigation systems is vital. Water from rivers has been depleted in times of scarcity, which has meant that the rivers have been unable to replenish. Working on the agricultural community, the government are keen to encourage farming to relocate close to rivers to aid irrigation. A simple yet effective initiative.

What’s interesting is that 3 out of the 5 countries we have featured all bring attention to rainwater harvesting. In our next post we shall take a closer look at this and what it means for water conservation.