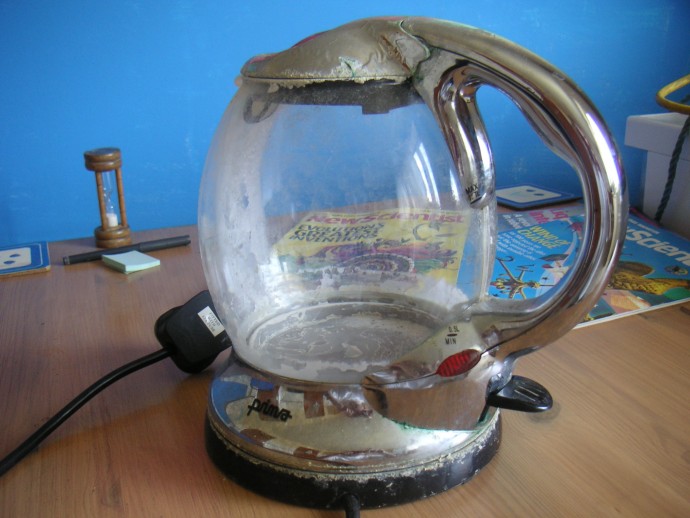 Limescale is a nuisance and one that takes a considerable time and effort to manage. If you think you don’t know what it is, think again! That white, crusty, stone-like substance inside the kettle, covering the taps, sinks, draining boards, and even clogging up the shower and steam iron? Well, that’s limescale.

Where does limescale come from?

In short, limescale is the residue from hard water that has either been left to stand or heated past 55°C and allowed to sit. Rainwater that travels across spongy rocks, like limestone or chalk, will absorb the rocks’ minerals- calcium or magnesium carbonate. It is these minerals that make the water become hard.

Why is limescale such a problem?

Although limescale is highly visible in bathrooms and kitchens it is also, unwelcomely present in places invisible to the naked eye. On average, a litre of household water in the areas of Britain affected by hard water contains an average of 300mg of dissolved minerals, which can generate up to 70kg of limescale in a year.

A large proportion of this will clog heating & water pipes, coating the elements of washing machines & dishwashers, causing problems and making them less energy efficient over time.

All Thames Water supplied areas are classified as hard water, and for that reason, they offer these tips to reduce the effects of limescale build up:

Although wiping away the water before it settles is the best form of deterrent, it’s not always convenient and the inevitable limescale build up can occur. As Water UK argue, “Once water leaves the pipes and enters your home, there is a job for the homeowner to do to ensure that when you drink it or cook with it or bathe in it, it is still of the highest quality.”

With a huge range of products on the market today, it’s good to know there are also some simple home remedies out there too, including malt vinegar and lemon juice:

Of course, treating the hard water before it enters the taps can eradicate the limescale altogether and this can be achieved in two ways – water softening and, more recently, water conditioning.

Water softening swaps the calcium for sodium, eliminating the possibility of limescale. With a choice of electric or non-electric, a water softener in either a residential or an industrial size offers a constant supply of soft water direct from the tap.

For a similar outcome, water conditioning offers a relatively new, but as yet, widely tested method. Although water conditioners don’t alter the chemical composition of the hard water, they do inhibit the way limescale adheres to surfaces. This is done through either:

So however you tackle or impede limescale, don’t ignore it. It can be destructive, inconvenient, costly and as Water Treatment UK reports, a health hazard –

“limescale deposits can be a breeding ground for dangerous bacteria including legionella bacteria which causes Legionnaires’ disease. This can be a particular problems for shower heads and taps that create an aerosol type spray.” 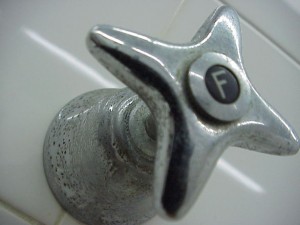 Pingback: The wonders of rainwater harvesting |