The brilliance of the water cycle 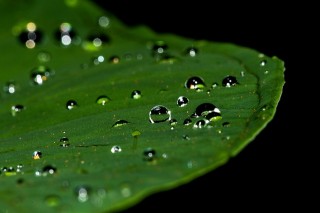 Here’s a strange fact: the water we drink now was the same water being drank by the dinosaurs. But how is that possible?

The volume of water on Earth today is all the water we will ever have – but not to panic, it’s all the water we will ever need. This is partly due to occasional volcanic activities that release water locked deep in the rocks below the Earth’s surface, entering the earth’s atmosphere as water vapour. This vapour becomes water which is then continually circulated around and around in what is called ‘The Water Cycle’.

As water goes through this cycle, it can take the form of:

The four stages of the water cycle are:

The Earth’s water is in perpetual motion and as a result of the Sun’s heat the rise in temperature of rivers, lakes and oceans force a loss of water into the air through evaporation.

Vegetation draws water from the earth’s soil and through transpiration converts water back into the air through vapour. Research shows that evaporation from the rivers, lakes and oceans provide nearly 90 percent of the moisture in the atmosphere, with the remaining 10 percent being provided by vegetation transpiration.

Condensation (the opposite of evaporation) is the process by which water vapour turns into liquid water, and as such, is crucial to the ‘Water Cycle’. The evaporated liquid from the Earth’s surface water rises up, and as the moist air reaches colder air, it cools and condenses to form clouds.

Although many of us find that filtering our water improves the taste and quality of drinking water, that water ultimately comes from the tap. Our tap water originates from a water source, and that water source originates from rain, which comes from a cloud. Precipitation is the primary channel for returning water from the atmosphere to the Earth’s surface. There are several forms of precipitation including hail, snow, sleet and the most common, rain.

When the evaporated, condensed water falls back to earth as precipitation, it may fall back and enter either a river, lake, ocean or onto dry land. Water that joins the oceans will repeat the cycle through evaporation, whereas precipitation landing on dry land will permeate into the soil and re-enter the atmosphere via plant transpiration. None of the water that re-enters the earth is wasted, and although a droplet of water that enters a running stream may take it’s time, it will eventually find its way to the ocean.

Our appreciation of water is undying. We are constantly reminded of the importance of water conservation and water consumption. But next time you’re staring up into a perfect blue sky cloud spotting, just remember you are staring at clumps of frozen water molecules that have been around for billions of years, and will most certainly be around for many more. Now that’s truly brilliant.