Could there be life on Mars?

For over a century now, the question: “Is there life on Mars”, has presented us with songs, films, a TV series and volumes of scientific commentary. Wondering about life on another planet exemplifies human curiosity, and it’s in someway inconceivable to imagine we on Earth are the only ones out there. With the revelations surrounding the existence of water on Mars, perhaps there is also life.

It’s a scientific fact that no organism can survive on our planet without water, but we aren’t even close to understanding whether life can exist without water on Mars. Water may seem like a very common element to those of us here on Earth, and one that some of us perhaps take for granted. Deep down though, we are all aware of what an incredible asset it is. In addition to understanding how Mars has developed and changed over time, scientists are ever hopeful that finding water will help them find signs of life, either past or present.

A timeline of discovery

From these conflicting facts, the search for water on Mars has grown into one of the world’s most continually riveting mysteries, until last September when NASA’s Science Mission announced that:

“Our quest on Mars has been to ‘follow the water,’ and now we have convincing science that validates what we’ve long suspected. We can confirm that water — albeit briny — is flowing today on the surface of Mars.”

So although we are still a long way off discovering whether or not Martians exist, we are one step closer – aren’t we? 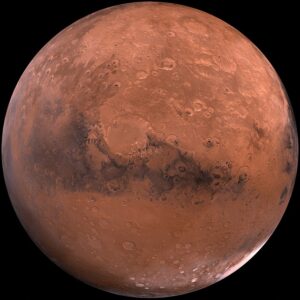