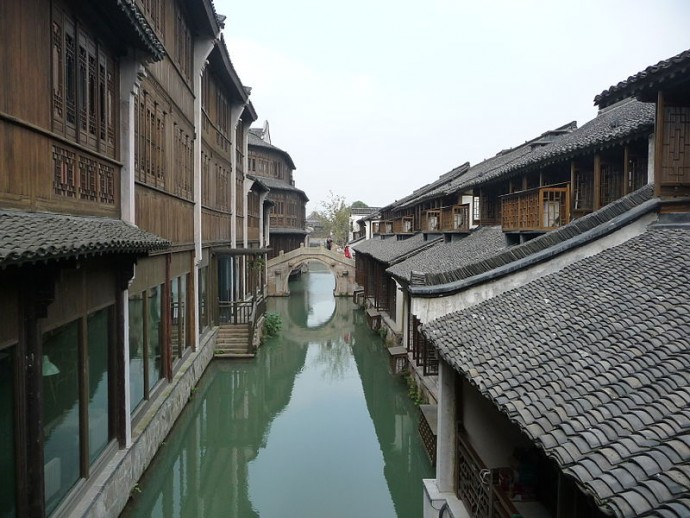 Following on from part 1 of the world’s most interesting waterworlds, let’s take a look at part 2.

Wuzhen, China – South of the Yangtze River is the far east Venice, an ancient town full of canals. This historic town, populated by water taxis dates back at least 7,000 years and retains its ancient wooden carvings and historical stone bridges.

Joal, Senegal – The town of Fadiouth is reached by a bridge, has no motorised transport and is said to have originated from a clam shell. The island is made up of thousands upon thousands of shells which are used in buildings and crafts. Sitting on a small separate clam island is the village cemetery.

Lindau, Germany – This major Bavarian town stands on an island in Lake Constance and is connected to the mainland by a narrow causeway and a road traffic bridge. The historic city is a buzzing tourist attraction with its Roman settlement ruins dating back to the 1st century and its statuesque lighthouse. Lindau is also a popular hotspot for cycling, hiking, sailing and swimming.

Zhouzhuang, China – The unique aspect of this Venice-like town is the layout of the water lanes that are set to the pattern of a Chinese character “#”. In amongst the town’s 100 houses there lies a chain of bridges linking them together, including one dating back to the Ming Dynasty.

Kampong Ayer, Brunei – Upon King Hassanal Bolkiah’s order, the world’s largest water village was built, comprising of 36 kilometres of wooden walkways and stilt houses above the Brunei River. The cluster of 42 smaller villages all connected by the walkways is home to more than 30,000 inhabitants in 4200 buildings consisting of homes, restaurants, schools, shops and a hospital. Water taxis carry the inhabitants around during their busy days.

Kay Lar Ywa, Myanmar – The residents in this small floating community on Inle Lake live in simple wooden houses on bamboo stilts. The floating gardens supply food and income to a major part of the 70,000 inhabitants, known locally as Intha’s.

And last, but definitely not least we shine a light on the Bajau Laut, the last of the Sea Nomads. In a stretch of sea amongst Malaysia, the Philippines and Indonesia this group of fishermen are living the ultimate marine life. With divers reaching incredible depths purely on lung power, the Bajau people have an intimate understanding of the ocean and spend almost 99 % of their lives on the water.

The fear for these people’s livelihood is the future depletion of their habitat due to more than just climate change. With the ocean absorbing of up to 50% of the carbon dioxide released from burning fossil fuels,  air pollution causing acid rain and ocean contamination, figures show that almost 90% of the ocean’s’ large fish have been erased.  It remains to be seen how a waterworld can survive with no supportable water