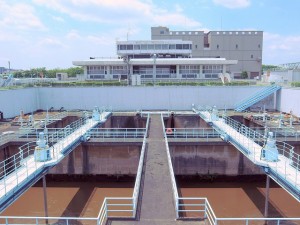 Much has been recorded about the purifying of water, dating all the way back to the ancient Greeks with Hippocrates and his ‘Hippocratic sleeve‘. Little is said, however, of the major influence that Scotland has had on the water filter of today.

The effects of dirty water

In 1834, Edwin Chadwick, working as secretary to the Poor Law Commissioners, studied the issue of sanitation amongst the poor, thus publishing: ‘The Sanitary Condition of the Labouring Population of Great Britain‘. A large part of Chadwick’s argument was that improving public health was cost effective, as it would save money in the long term. He advocated improving drainage, creating sewers and providing the British people with a clean supply of drinking water.

Following yet another outbreak of cholera which ran rampant among the interlaced dwellings of the London working class, city officials linked poor quality water supply with the outbreak and noted that the sand water filtered areas had a substantial decrease in the deadly disease.

Using the newly discovered microscope, scientist John Snow linked the Soho, Broad Street Pump, to several cholera deaths. He determined that although the water was praised for its taste and clarity, it had actually been severely contaminated by water from the sewer.

The British government subsequently ordered the installation of sand water filters throughout the city of London and in 1848, the Public Health Act was passed. The Act wasn’t without its flaws, but it began the government regulation of public water and set the precedent for municipal water systems.

The Scottish Enlightenment is often referred to as Scotland’s ‘Golden Age’. It was a period between 1740 and 1800 where intellectuals in the fields of science and philosophy brought forth ideas and advances that shaped the modern world of today.

One of these intellectuals was Robert Thom, who furthered the technology of small-scale, slow sand filters by designing the first, municipal water filtration plant. This revolutionary water plant was able to provide filtered, pathogen-free water to the entire city of Paisley, Scotland and in doing so led to the passing of the Metropolis Water Act of 1852. This act, the first of its kind, led to the requirement that all London water be filtered via the slow sand method.

The use of chlorine

Although chlorine is listed as a toxin, its water purification properties have long since been in use. After the introduction of slow sand filters to the London water supply, John Snow then discovered that adding chlorine to the filtered water effectively rid the water of cholera, typhoid, and dysentery.  Life magazine promptly heralded chlorination as: “Probably the most significant public health advance of the millennium” .

Although chlorine has been a primary element in municipal water treatment for nearly 100 years, the link between respiratory complications heightened the need for further filtration of household water supplies.

From the Greeks to the Scots via Soho, delivering a clean water supply has taken quite a journey. For many of us though, tap water just doesn’t cut the mustard, but bottled water remains an unnecessary burden on the environment. Enter the water filter which easly attaches to the water supply, delivering dechlorinated, purified water for homes or larger establishments. Some would say the water filter has finally delivered Hippocrates’s vision of clean, fresh water.

[Photo by YS Waiz and]